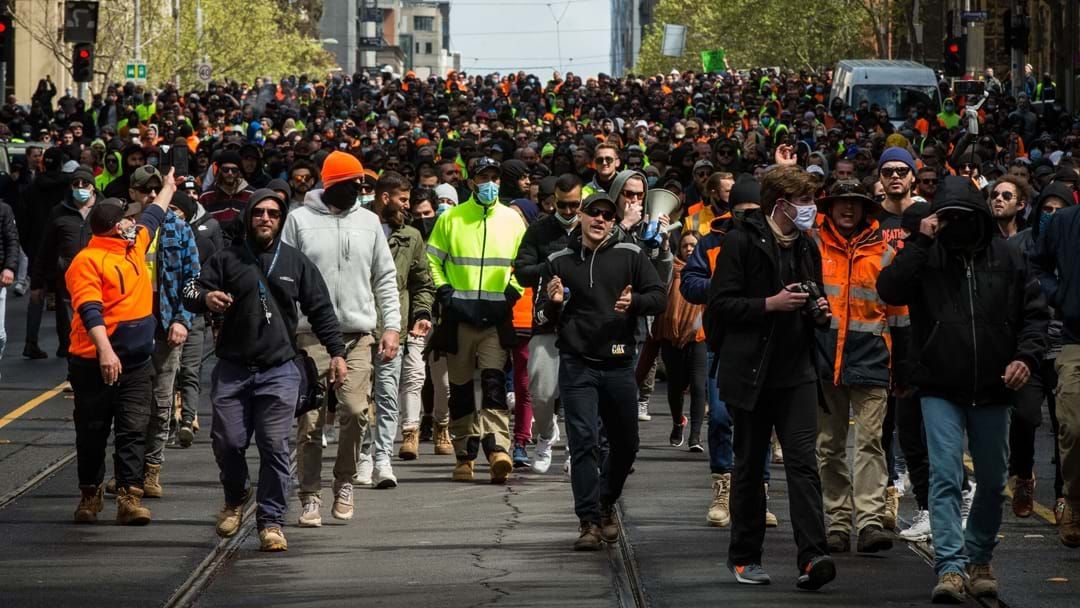 Reports have emerged of a man who attended Wednesday's protests in Melbourne has returned a positive test to COVID19.

Wednesday saw the protests against mandatory vaccination from Victorian tradies flock the Shrine of Remembrance.

The alleged reports from an ABC journalist say a man has been admitted to hospital - but is not in intensive care.

Workers of the construction industry aligned with anti-vaxxers and professional protest organisations saw hundreds of arrests in Melbourne, with police riot squads flocking to contain the chaos.

The report arrives along with news that Australia has reached 75% (16+) of the public who have received their first dose of the vaccination.