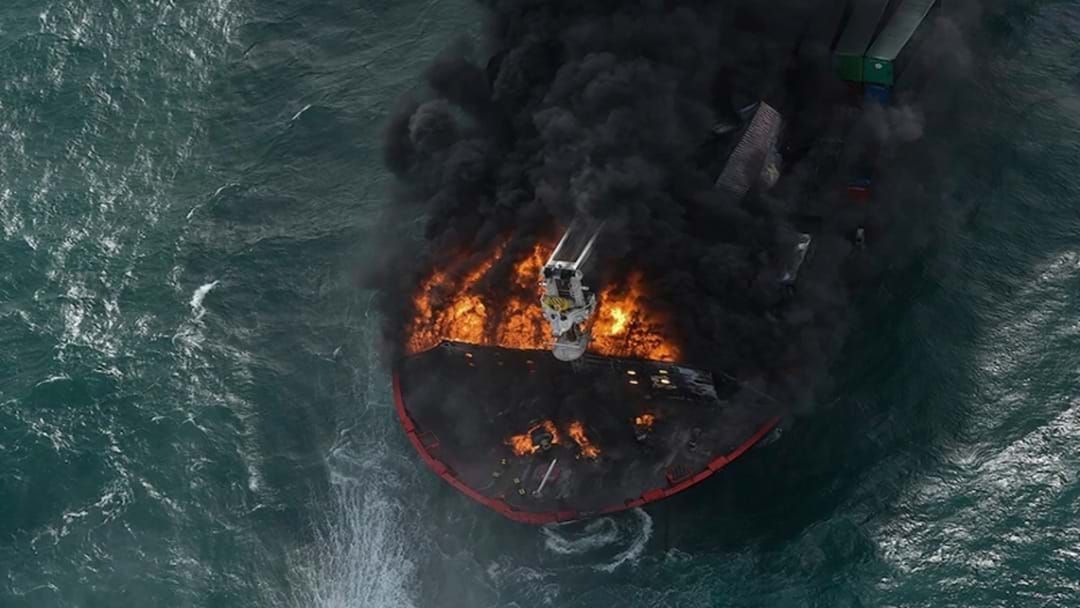 Sri Lanka's Marine Environment Protection Authority (MEPA) has warned the Singaporean ship, the MV X-Press Pearl, carrying chemicals such as nitric acid, along with 278 tonnes of bunker oil and 50 tonnes of gas could likely create an oil spill emergency, potentially causing the worst ecological disasters the country has ever seen.

The 30km stretch of coastline near the capital of Colombo has already been blanketed with millions of plastic micro pellets from the large scale clean up operation.

Meanwhile, fishing has been banned along an 80-kilometre stretch of coast near the ship despite an international firefighting operation.

Environmentalists are highly concerned that bird and marine life could be threatened by the plastic and chemical pollution.

Authorities fear an even bigger disaster if the oil leaks into the ocean and nearby lagoons before the vessel can be towed away.