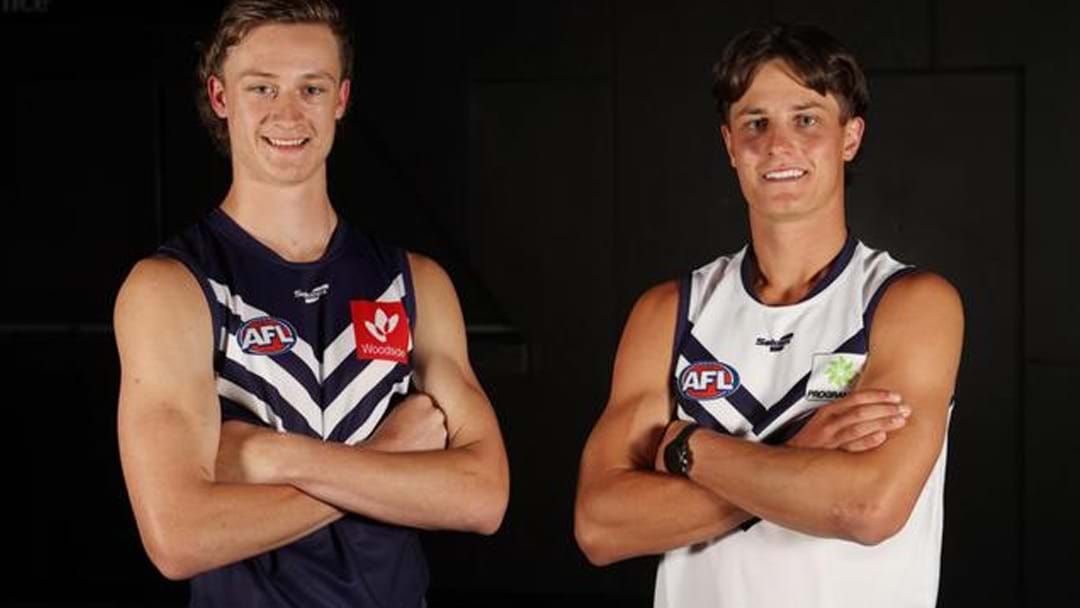 Both Fremantle and West Coast opted to target local talent in this week's NAB AFL Draft, as 15 West Aussies were selected collectively.

On night one, the Dockers targeted two homegrown players with their early picks - taking Jye Amiss (East Perth) with the pick #8, and Neil Erasmus (Subiaco) with pick #21.

Fremantle followed up those selections with another two West Australians. Classy midfielder Matthew Johnson was the first player taken on night two, and they wrapped up their draft haul by selecting unique tall Eric Benning.

Rhett Bazzo, Jack Williams and mature-age pick Greg Clark rounded out the Eagles selections, much to the delight of club recruiter Todd Nisbett.

"WA is very important for us, it's a big focus, and luckily enough those guys were still there, because we rank them very highly."

Every West Australian prospect selected in the 2021 AFL DRAFT: