AFL NewsFinals Or Bust For Carlton With Cerra & Hewett

Finals Or Bust For Carlton With Cerra & Hewett 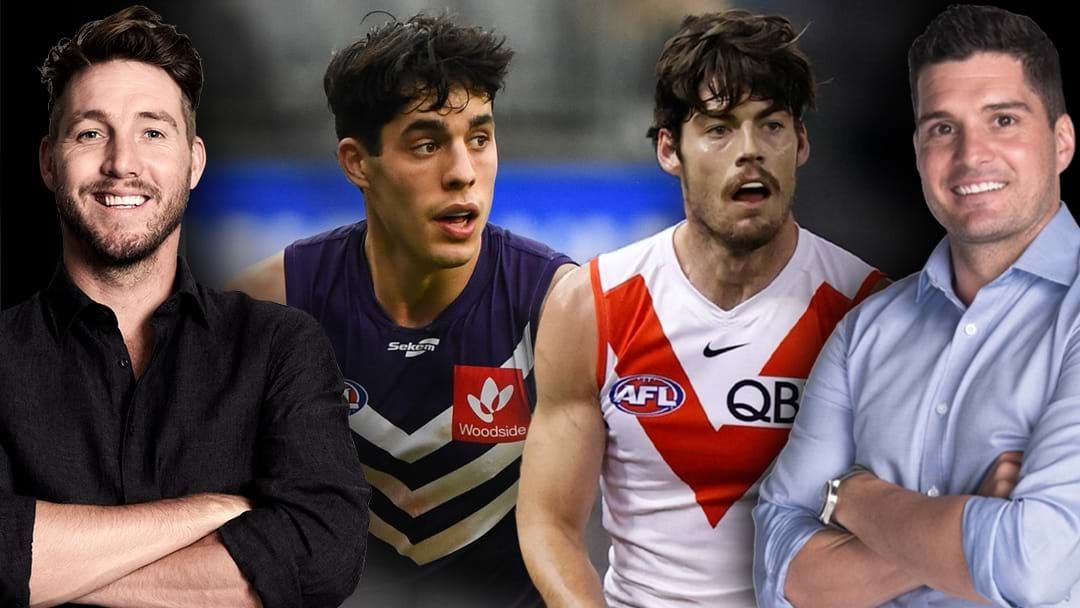 Triple M Footy's Dale Thomas and Leigh Montagna believe there are no excuses for the Blues with Adam Cerra and George Hewett now joining the Carlton midfield.

Hewett joined the Blues as a free agent last week, while Cerra was traded in exchange for Pick 6 & a future third round selection to Fremantle.

Although Daisy was initially scratching his head when Hewett joined the Blues, he has settled on the opinion that the former Swan adds a defensive edge to their midfield and a bit of a versatility to their list.

Joey rounded off the chat by saying there is massive pressure on new coach Michael Voss because the Carlton list has no excuses to miss finals next season after adding Cerra, Hewett, Williams and Saad in the last two years.

"It is all set up for Carlton to play finals"