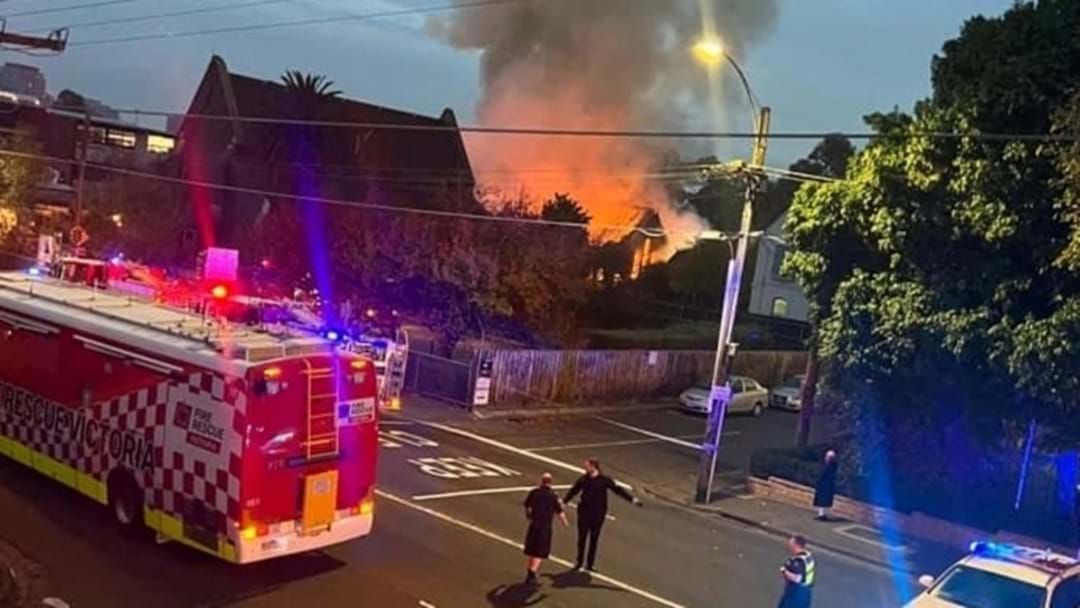 Dozens of fire crews remain at the scene of a massive blaze burning through a church building at a school in inner Melbourne.

Firefighters were called to the scene about 6.30am to reports a massive fire had broken out at the Presbyterian Church on Punt Road in South Yarra with smoke billowing from the building.

A Fire Rescue Victoria spokesman said 60 firefighters are on site working to extinguish the blaze as a 'Watch and Act' has been issued for people living in the nearby areas of Albert Park, Cremorne, Melbourne, Prahran, Richmond, South Melbourne, South Yarra, Windsor.

By 8:30am several crews were still working to extinguish the blaze at the Christ Church Grammar School, an independent primary school.

Nearby the South Yarra Primary School has not been impacted at this point with parents and carers to be updated throughout the morning.

"The flames have been metres into the air above the tree level, so pretty big flames"

"They are looking a lot smaller now, it seems to have been bought under control, but this is a pretty big one," she said.

Authorities have advised Punt Road, between Toorak Road and Commercial Road have been closed.

While residents within a one-kilometre radius have been advised to close all exterior doors and windows to protect from any flying embers.

Victoria Police said the exact circumstances of the fire were unknown.