First Aussie Sporting Team Land In Japan Ahead of Games 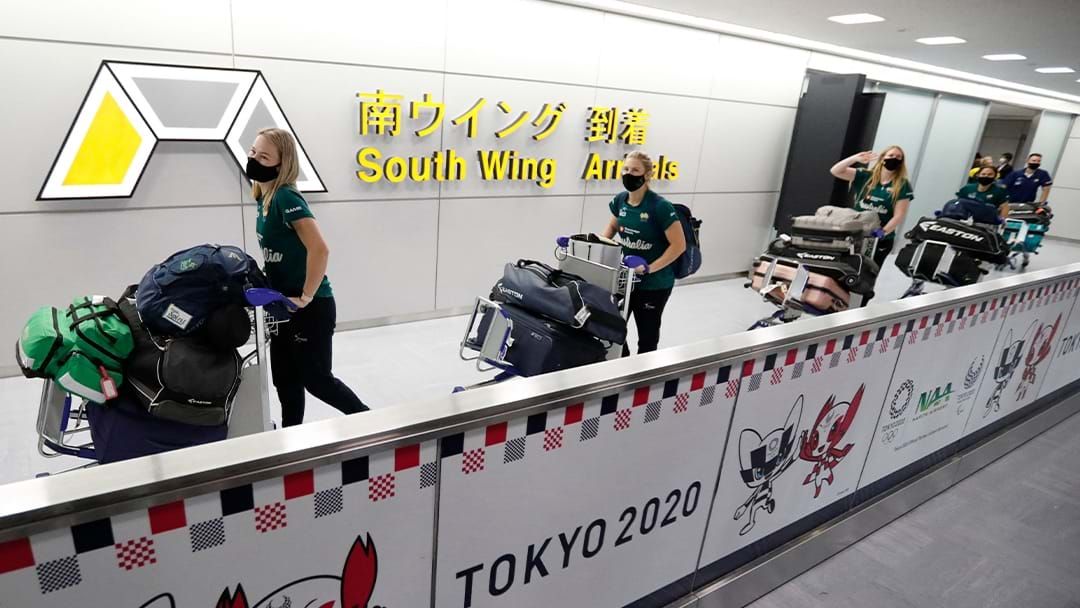 The Aussie Spirit Women’s Softball team have touched down in Tokyo, Japan this week - marking the first national sporting squad to enter the Olympic Village ahead of the planned July 23 opening ceremony.

An early arrival is due to the team having limited time together since the 2019 qualifiers, becoming both the first Australian and Olympic athletes to enter.

Squads will endure a situation that has become the new-normal for athletes and world travellers alike, as they will be placed in a quarantine-style bubble until the closure of the games in August.

"It has been our biggest challenge because we're the first cab off the rank, we've had to jump through so many hoops," Spirit team psychologist Deidre Anderson told ABC radio before departing.

"When we get to the airport [in Tokyo], it's not going to be like any other situation where you comfortably go through immigration and you might complain if you were there for an hour.

"From the moment we step off the plane we will be taken aside by the Japanese Olympic representatives … to go through all the documentation that demonstrates we are all COVID-free."

Anderson explains that tests will be conducted, as they comply with strict health guidelines, and the experience will test many of the world's best athletes.

"I said to someone the other day, 'If you can just roll along with whatever you're confronted with you'll come out of this with an amazing story to tell, but if you go in with the wrong mindset and everything is just another barrier, you are not going to perform; there is no way, absolutely no way'."

Softball makes a return to the Olympics after the sport was removed from the program for the 2008 Games.

The other major events added to the 2021 Tokyo Olympics are sport climbing, surfing, skateboarding and karate.