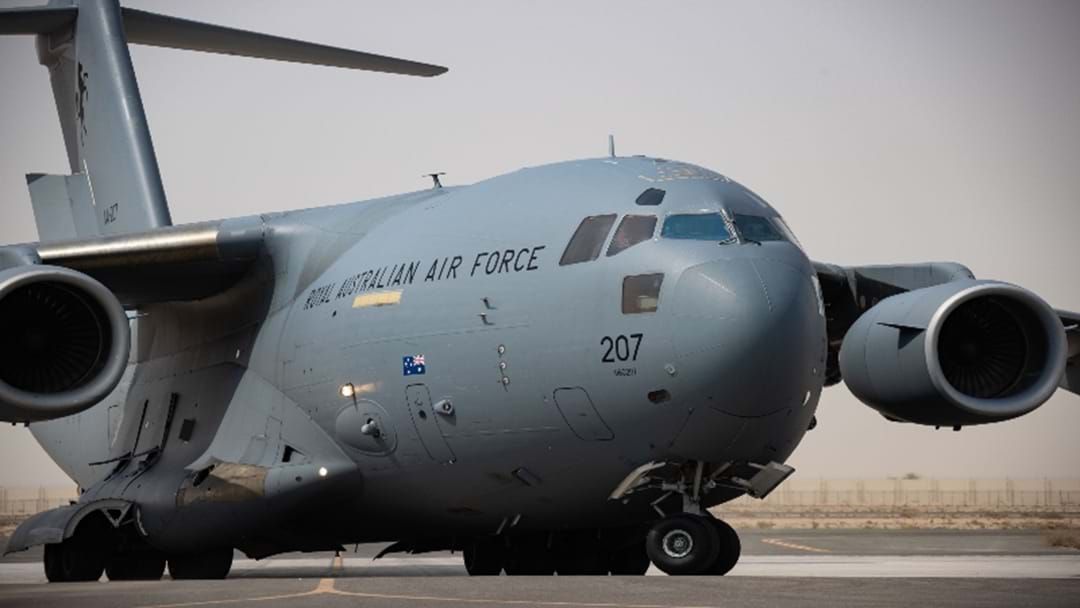 The first Australian citizens and Afghan nationals evacuated from Taliban-controlled Kabul have arrived in Perth.

Touching down just after 1:30am on Friday, the planeload of Aussies and Afghans with Australian visas were met by federal and state police, before being transported to hotel quarantine at the Hyatt Regency Perth Hotel.

The group, including Australian customs and immigration personnel, consular and foreign service officers, along with Afghan contractors and interpreters who assisted ADF troops will spend two weeks in hotel quarantine in the CBD.

Further rescue flights out of Afghanistan are expected over the coming days with Australian authorities working around the clock to try and evacuate more people.

Immigration Minister Alex Hawke told Seven every effort is being made to get more people out of the country.

"There is no sense pretending that you can get to the airport easily. There are checkpoints on each approach to the airport and we have an operation that is underway at the moment"

Mr Dutton, confirmed they are trying to get as many back safely to Australia as possible, but that it is a "very difficult situation".

WA are taking in the evacuees in addition to their weekly quarantine quota, while other states have been asked to help as more Australian visa holders from Afghan are delivered safely to home soil.