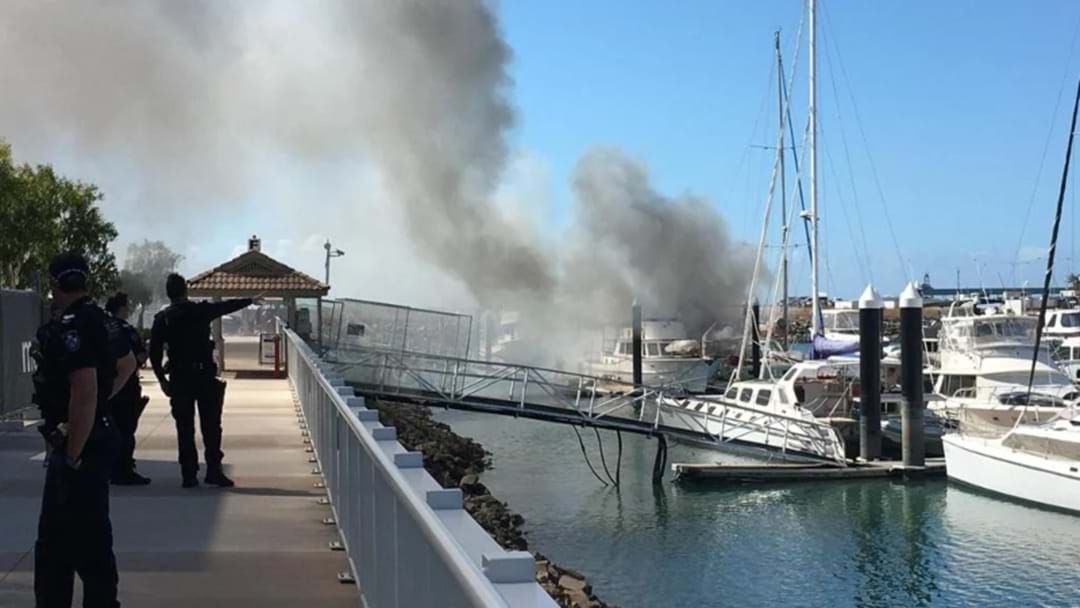 Queensland Fire and Emergency Services were called out to Townsville's breakwater marina on Tuesday after a boat caught alight.

About 1pm QFES responded to reports that a boat had caught fire sending thick smoke and fumes over the marina.

Reports confirm one boat was engulfed in flames, while it’s understood a second boat was also on fire.

Queensland Police and Queensland Ambulance Service were both on site, but it’s believed no one was injured in the fire.