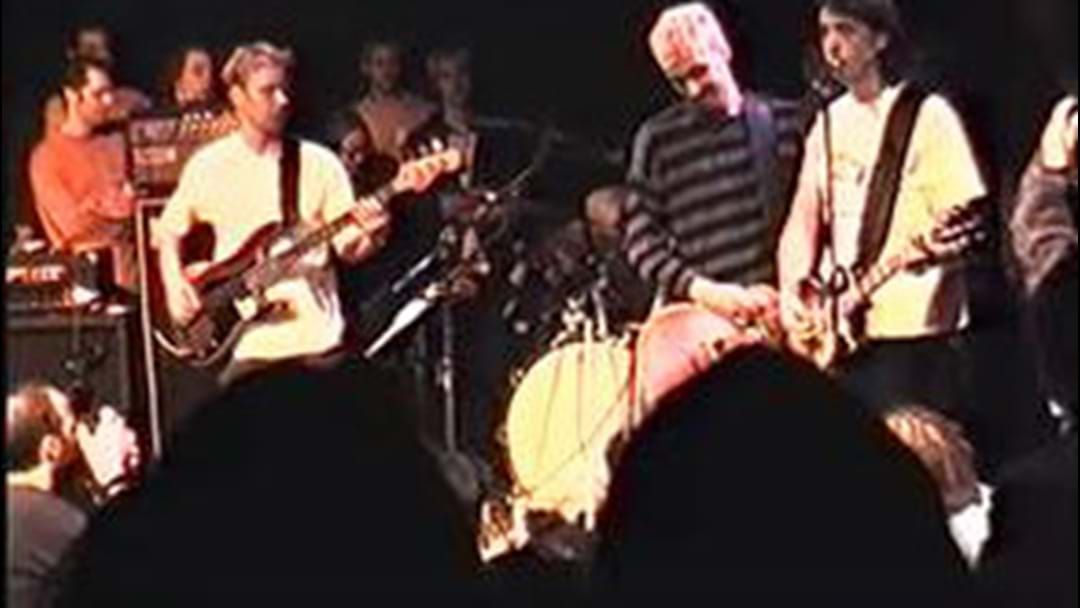 Foo Fighters are the gift that keeps on giving this year.

The rock band have opened the vault to celebrate their 25th anniversary this year and we're winning.

Today the band have released a video of their 4th ever show, dropping the full set from March 4th, 1995 from the intimate venue, The Velvet Elvis, in Seattle.

The video and audio was supplied to the Fooies last year when they made a call to fans to submit their personal collection of Foo content and memories.

It's great seeing this early performance of their massive hit 'Big Me'.

Taking the celebration to the road, the Foo Fighters have announced The Van Tour, visiting all of the cities they played on their very first tour back in 1995.

Fingers and toes crossed this one comes to Australia.