Foo Fighters, Iron Maiden And Rage Against The Machine 2021 Rock And Roll Hall Of Fame Nominees 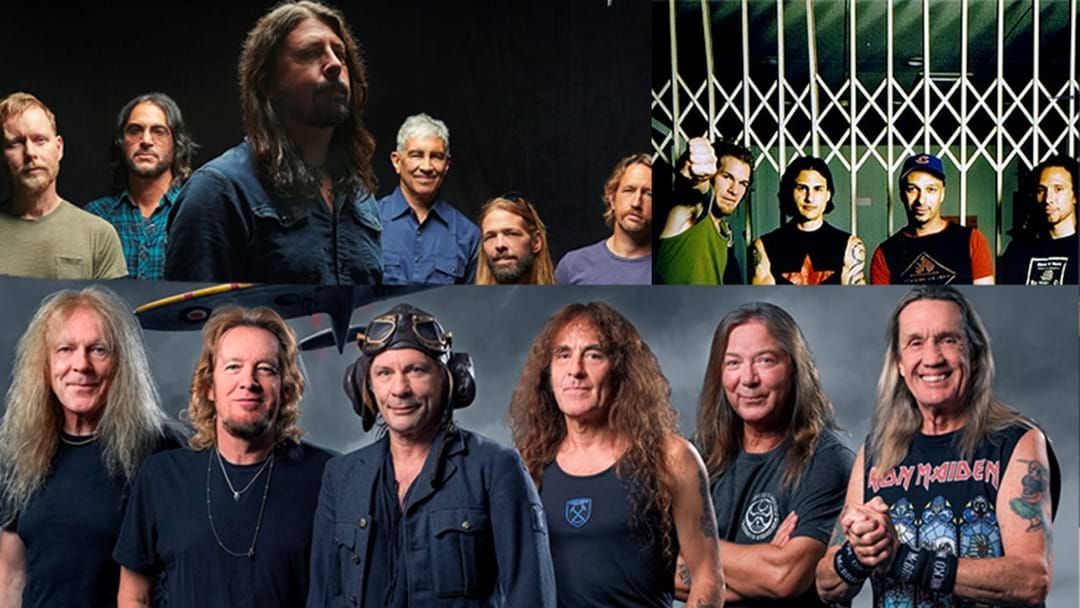 Finally, the Rock and Roll Hall of Fame has some actual rock stars leading the pack of nominations for 2021.

Now call be close minded but it feels like the list comes out and we're scraping the bottom of the barrel to write a story, but not this year.

Foo Fighters, Iron Maiden and Rage Against The Machine have all been recognised for their hard work and impact on music this week with the news of the nominations.
Fooies, Maiden and RATM are joining Mary J Blige, Kate Bush, Devo, The Go-Gos, JAY-Z. Chaka Khan, Carole King, Fela Kuti, LL Cool J, New York Dolls, Todd Rundgren, Tina Turner and Dionne Warwick on the list.

This is the first year Foo Fighters have been eligible to be nominated and with fan votes being considered in the final voting, we are certain they'll be immortalised in the hall.

The successful inductees to the Hall of Fame will be announced this May.
Check out the full list and get more info here