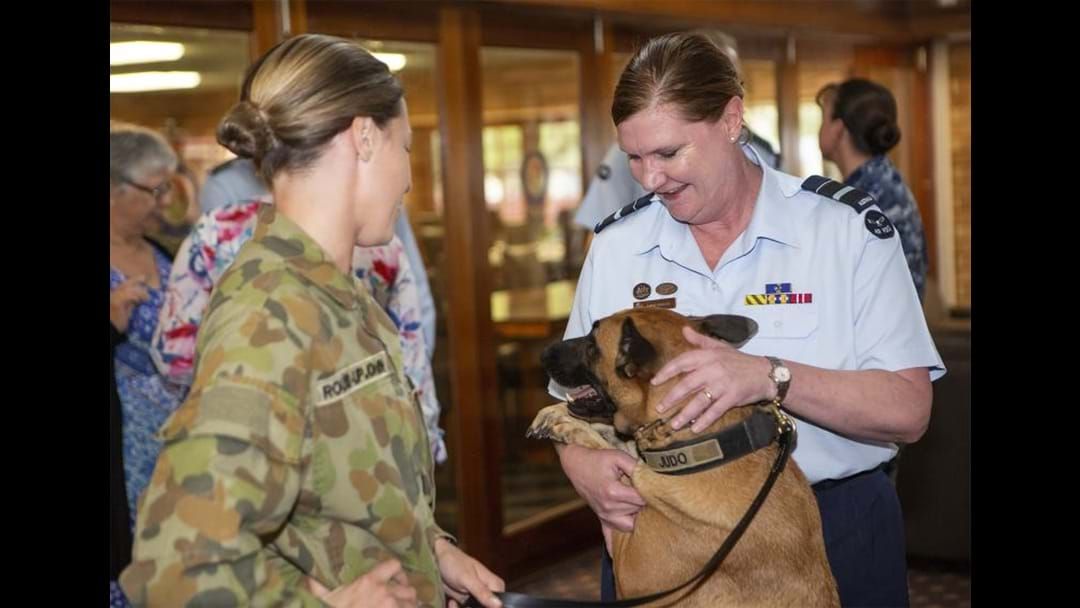 Former Mount Gambier woman Catherine Roberts, A senior Royal Australian Air Force officer whose childhood idol was Neil Armstrong, will be the first head of the RAAF's space division when it's launched in 2022.

Part of the Royal Australian Air Force, Space Division will include several divisions of Defence with the aim of increasing the nation's space capabilities

“To reach for the stars and actually get there is a phenomenal feeling,” Air Vice-Marshal Roberts said.

“As an aerospace engineer I have always been fascinated by space – the ultimate high-ground.”

Here's some of Catherine's achievements over her career (from www.airforce.gov.au)

As a self-professed science fiction buff, Air Vice Marshal Roberts has always been fascinated by advanced technology and space, and has committed her career to advancing air and space power for Australia’s defence. While she is passionate about technology, she is equally passionate about bringing out the best in people and relationships across Defence, allies, industry and academia.

A Member of the Order of Australia for her exceptional service in the fields of aerospace acquisition and sustainment, Air Vice-Marshal Roberts joined the Royal Australian Air Force in 1983 as a specialist in aerospace engineering at the Aircraft Research and Development Unit. She has held more than 20 roles throughout her Air Force career including Logistics Command (F/A-18/Macchi/Winjeel Engineering), No 77SQN (Flight Line Maintenance), No 481SQN (Senior Engineering Officer), and Lead-In Fighter Project (UK Resident Team).

In 2001, Air Vice-Marshal Roberts undertook the inaugural Joint Command and Staff College, followed by a posting to the joint Airworthiness Coordination Agency.  In this role she received a Conspicuous Service Cross for her work in the Australian Defence Force (ADF) airworthiness oversight for the introduction of major aviation capabilities, establishing ADF operational airworthiness regulations and developing new airworthiness frameworks for charter and unmanned aircraft.

Air Vice-Marshal Roberts spent a significant part of her career posted in the UK. In 2005 she assumed appointment as the Assistant Air Force Advisor in London engaging on Air Force capability and commanding Air Force personnel embedded in UK units and on UK operations. She was then appointed to command the Tactical Fighter Systems Program Office in 2007, followed by command of the Training Aircraft Systems Program Office in 2009. In both commands she completed major negotiations for new acquisitions and support contracts. She completed the Royal College of Defence Studies course in International Relations and Strategy in 2011.

In 2013 Air Vice-Marshal Roberts was posted to the F-35A Joint Strike Fighter project, achieving Government program approval in April 2014 and the introduction of the first two Australian aircraft into service at the Luke Air Force Base in Arizona in December 2014. She has been responsible for materiel acquisition and sustainment of Growler, Super Hornet, Classic Hornet and Hawk Lead-in Fighter.

Air Vice-Marshal Roberts is a Fellow of Engineers Australia, Member of Australian Institute of Company Directors and the Defence representative on the Australian Space Agency Advisory Group.  She is also the Chair of AFL for Air Force. She holds a Master’s Degree in Management of Defence Studies from University of Canberra and a Bachelor’s Degree in Aerospace Engineering from RMIT.

Air Vice-Marshal Roberts has a passion for diversity and is involved in assisting women to enter the field of aerospace and STEM through her work with Women in Aviation/Aerospace Australia and Women in Aviation International (Australian Chapter).  She has been a mentor in both the Future Through Collaboration (Defence and Industry) and Superstars of STEM programs.

Outside Air Force, Cath was featured in the prestigious AFR 100 Women of Influence in 2013, and was the recipient of the Aviation/Aerospace Australia Leadership Award in 2014.

She is married to Stuart and they have two wonderful daughters. The family enjoy Aussie Rules, time on their property, skiing (water and snow), dirt bike riding and fishing.