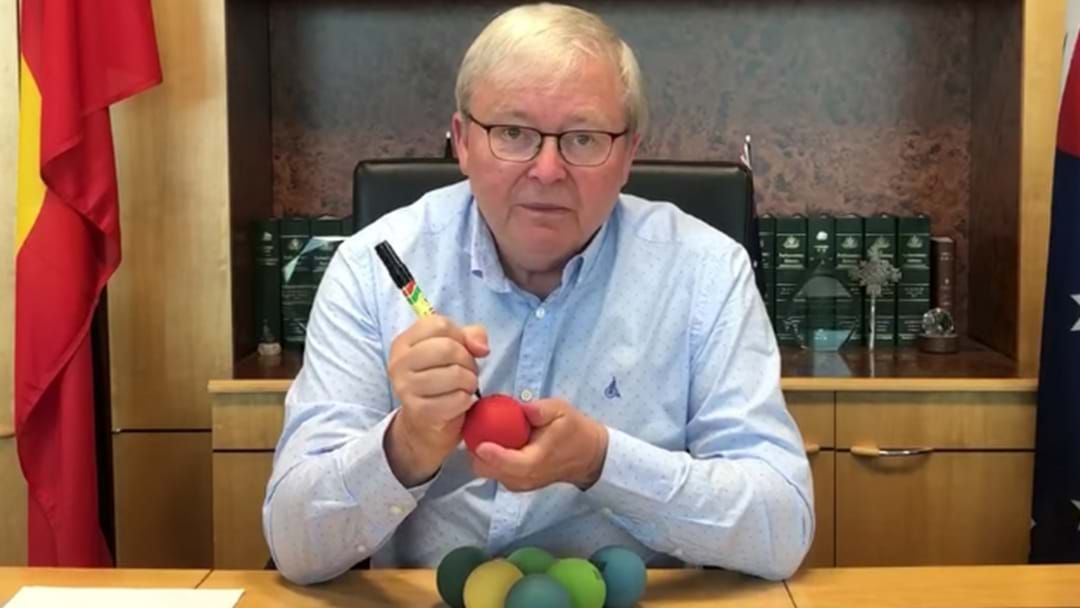 Mick Molloy and Jane Kennedy had their eyes locked on a video Rudd posted on social media the day before about his handball skills, declaring himself the global champion.

"There's trash talk and there's trask talk. You are about to hear the NERDIEST trash talk."

"Strap yourself in!" Jane laughed.

You absolutely can't un-hear this...