In his Glenelg guernsey 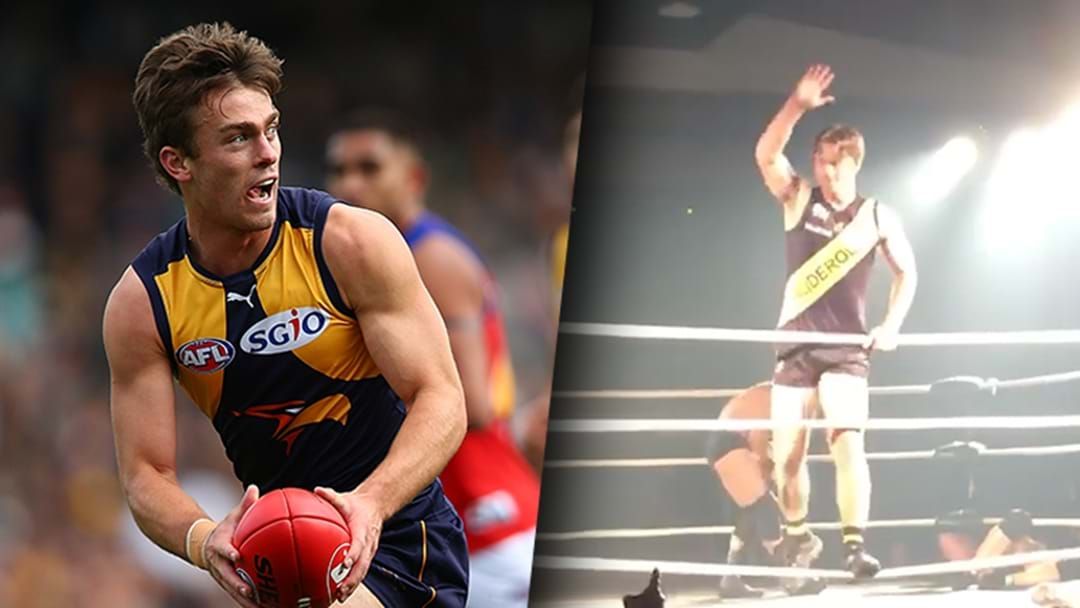 Former West Coast player Luke Partington has swapped the sherrin for the ring over the weekend, making his pro wrestling debut in Adelaide’s Riot City Wrestling.

Wearing his Glenelg guernsey, Partington — who won the Magarey Medal for the SANFL premiers — rolled out to the club song and took on Downunder in the ring.

Partington’s trying to get back into the AFL system after being delisted by the Eagles at the end of 2018.

If he doesn’t maybe a career in the WWE is calling!