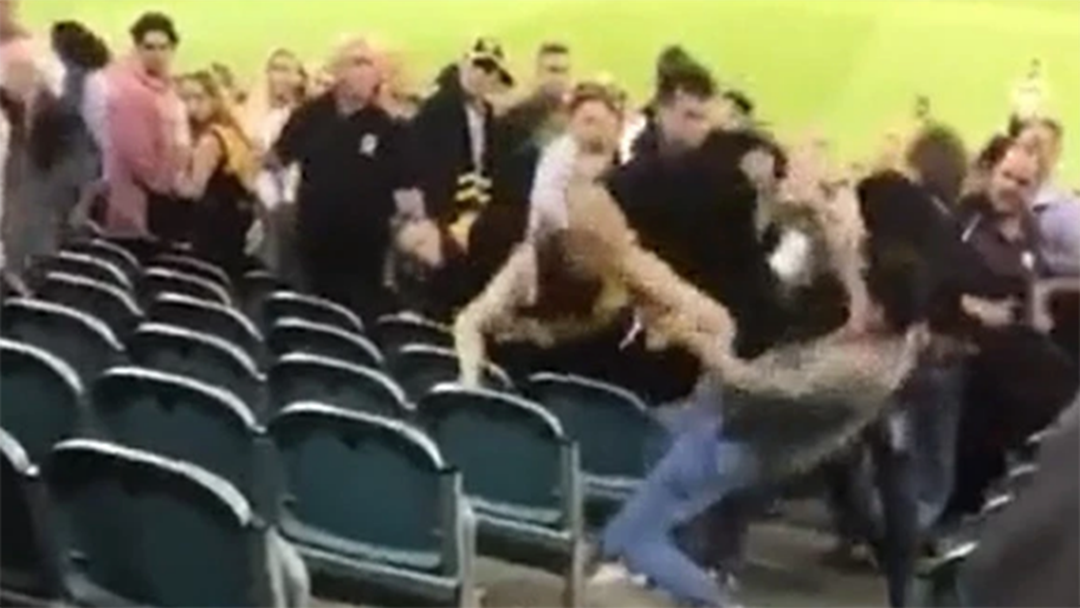 Four men have been banned from all AFL venues for a five-year period – following a brawl on Saturday afternoon.

Two men, aged 20 and 41 from Rosebud, and a 36-year-old Diggers Rest man were charged over the fight that broke out just before the final siren of Collingwood's 19-point win over Carlton. A fourth man also handed himself in to police on Thursday afternoon and has been charged.

AFL General Counsel Andrew Dillon said in a statement: “Over 2.7 million fans have attended an AFL match so far this season, we will not let the actions of a few ruin it.”

“Part of the of fabric of our game is you can go to the footy and sit with family and friends from your club and opposition fans, in a safe and welcoming environment.” Mr Dillon said.

“The benchmark is clear. If you come to the football and act like this recent example, you will be held accountable.”

One man suffered minor injuries in the brawl at the end of Saturday's game, with one horrified spectator describing it as "Collingwood (and) Carlton supporters just full-on punching each other".

The brawl is the latest in a string of violent incidents in the MCG stands since the start of the AFL season - and officials have not ruled out handing down lifetime bans for serious offenders.