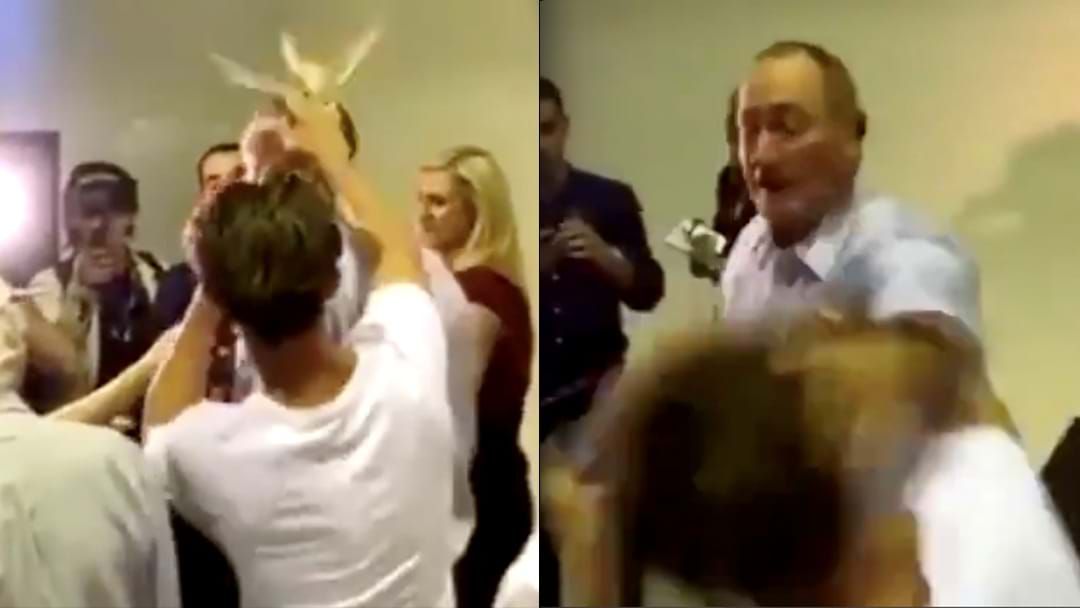 Controversial Senator Fraser Anning has been egged at a press conference in Melbourne by a young protestor, who was then struck by Anning.

The young protestor stood next to Anning at his press conference before pulling out his phone to egg him on the back of the head.

Anning then retaliated, hitting the young boy in the head.

The boy was then tackled by people nearby at the press conference, with one man appearing to grab the boy in a headlock

He was later taken away by police, with reports emerging he was released without charge.