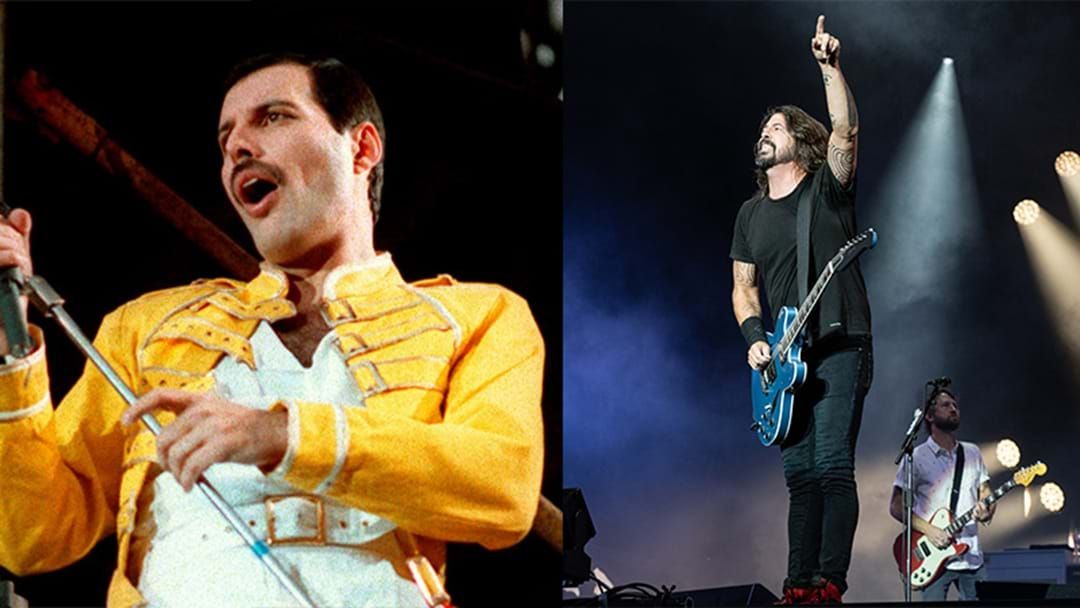 If you've ever dreamed of seeing Freddie Mercury perform with the Foo Fighters, it's your lucky day.

During their set at Leeds Festival over the weekend, The Fooies were all set to perform Queen's 'Under Pressure' before drummer Taylor Hawkins spotted a fan in the crowd dressed in Freddie's iconic yellow leather jacket and white pants look from Wembley 1986.

He even had his own microphone.

“Freddie, do you know how to sing, or are you just wearing the jacket and the moustache?” Grohl asked.

It didn't take long before Ryan was then invited on stage, and while it may not have been the real thing, he put on a show that would even Freddie would enjoy.

Check out some of the footage: