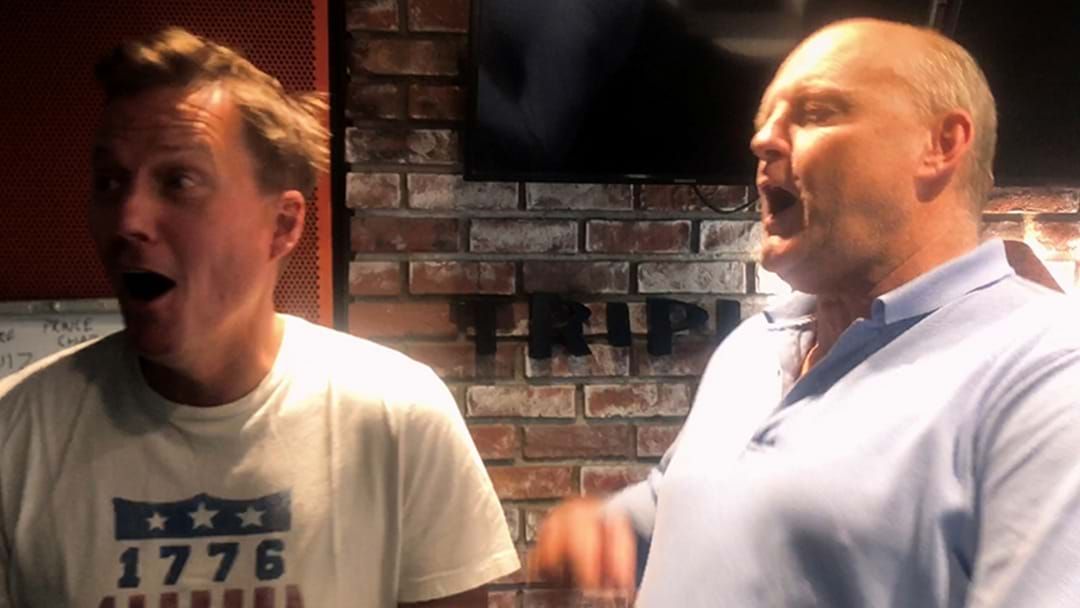 Billy's Isolation Joke is back.

"If you were part of last week's Friday fun joke, you're probably never going to revisit this segment again, because Bill's joke was atrocious," JB introduced.

"But because we're all in lockdown and everyone's a bit miserable for obvious reasons, we're giving you a reason to smile on a Friday courtesy of the Rush Hour and Fat's joke."

So Billy told his joke about an old couple - and it's a big improvement!