AFL NewsG-Train Recalls The Time He Played On Plugger

G-Train Recalls The Time He Played On Plugger 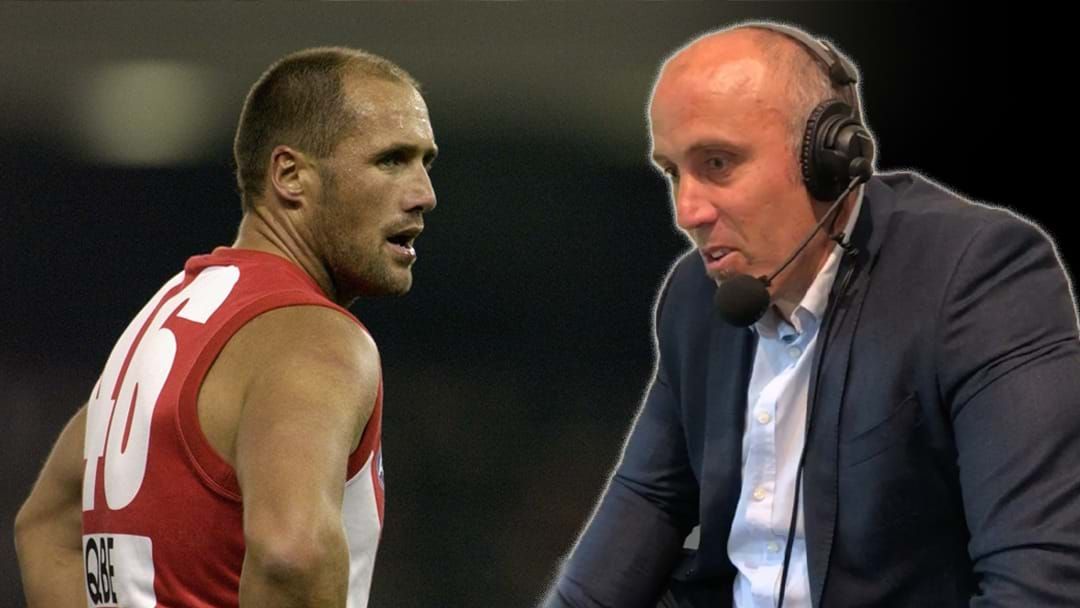 Before the Round 9 contest between St Kilda and Geelong, the boys were joined by none other than former Saints forward Fraser Gehrig as the Friday Huddle's cult hero.

The iconic 'G-Train' enjoyed a successful career, kicking 549 goals from his 260 games, but the Chief reminded him of his days at West Coast as a defender.

"Do you realise you helped me get my head around retirement?" Chief said to Gehrig.

Gehrig then told a funny story about the time he was forced to play on Tony Lockett, and the turn of events that led to a wrestling match between two of the greats.

Never miss anything with the Best of Triple M Footy Playlist: