with the help of solar panels 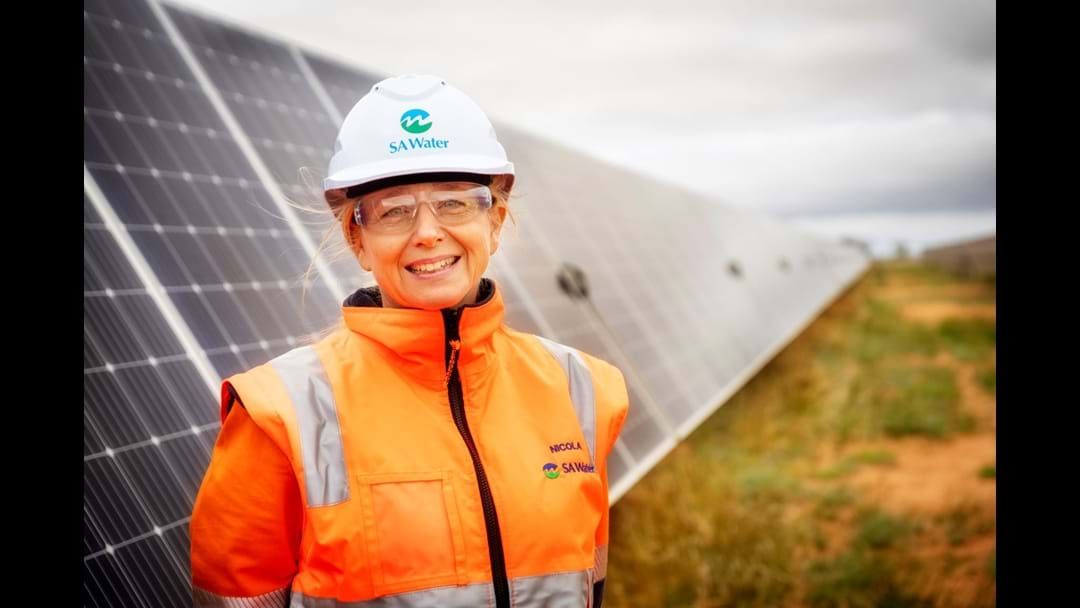 “As one of the state’s largest electricity consumers with a power bill reaching $86 million in 2019-20, it’s important we embrace new and exciting initiatives to help keep operating costs low and stable for our customers,” Nicola said.

“We want to set an example of proactive environmental leadership, focused on sustainability and action on climate change, and these solar panels in the heart of Mount Gambier are terrific examples of how we can make a real difference in reducing carbon emissions to the tune of around 92 tonnes every year.

“To put this into perspective, this energy generation is the equivalent of powering approximately 36 South Australian homes for one year.

“Our two new arrays are among more than 360,000 solar panels in the ground across South Australia, which we estimate to all be up and running over the course of the year.”

One of the largest renewable energy projects in the Australian water industry, SA Water’s zero cost energy future initiative will generate around 242 gigawatt hours of solar energy, along with 34 megawatt hours of battery storage.

“Our team is busy getting our sites energised and connected to the national electricity grid ahead of the warmer, sunnier months, where the true benefits of this exciting project will come to the front,” Nicola said.

“This initiative was designed by our people, and shows South Australians leading the way with the smarts and skills to integrate renewable energy and storage across our existing plants, pump stations and other land holdings.”