Rock NewsGang Of Youths Are Back

Gang Of Youths Are Back 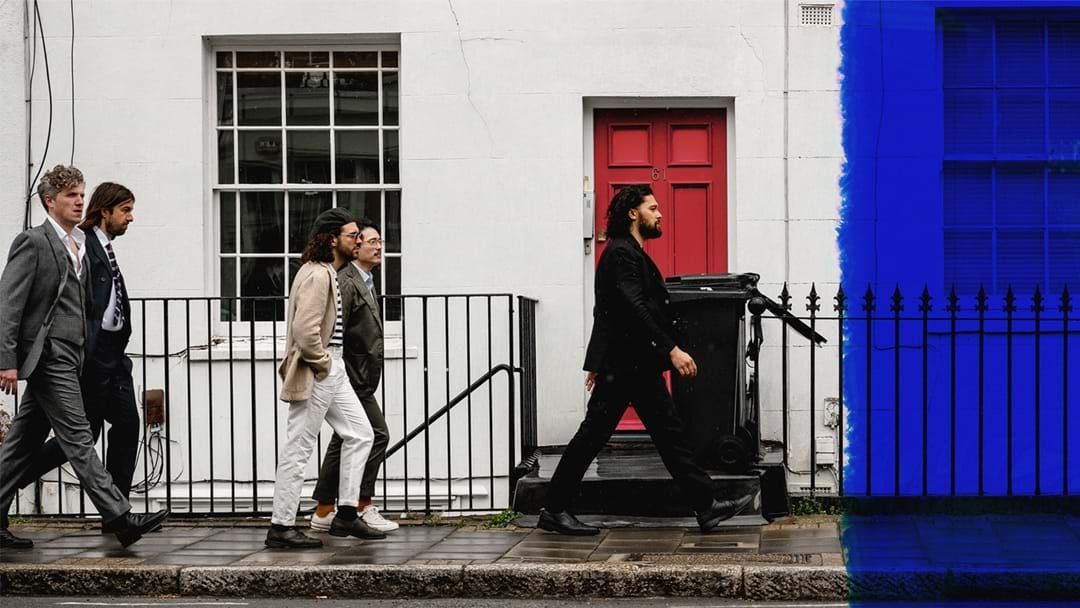 After a few quiet years, Sydney rock band Gang Of Youths have released a brand new single 'the angel of 8th ave.' today after weeks of cryptic teasing and whispers.

Initially Adam Duritz from Counting Crows told Triple M he'd been working with the Aussie band in the studio, listen:

Then the band updated their social media to a blue tinted photo of a punching bag, followed by street posters in the same colour were stuck up around the world with a hotline that played out a 30 second audio teaser of what we now know is the new song and finally just after midnight the band released the first full single, giving us the first taste of new music since from 2017's ARIA Award winning album Go Farther In Lightness.

the angel of 8th ave. is full of the classic sound we fell in love with Gang Of Youths for, it's full, it's inspiring, it's catchy and builds up to massive moments of anthemic rock.

Triple M's Becko discussed the new song when playing it for the first time on Triple M, saying it's the song that's going be take them to the next level.
Listen:

The band have also dropped the accompanying music video for the new track, that shows the new look Gang of Youths, with the addition of ex-Noah and The Whale member Tom Hobden who has replace Joji Malani, who left the band last year.

Is it just me, or does GOY frontman David Le'aupepe look a lot like Heath Ledger in this clip?

Get your copy of 'the angel of 8th ave.' here