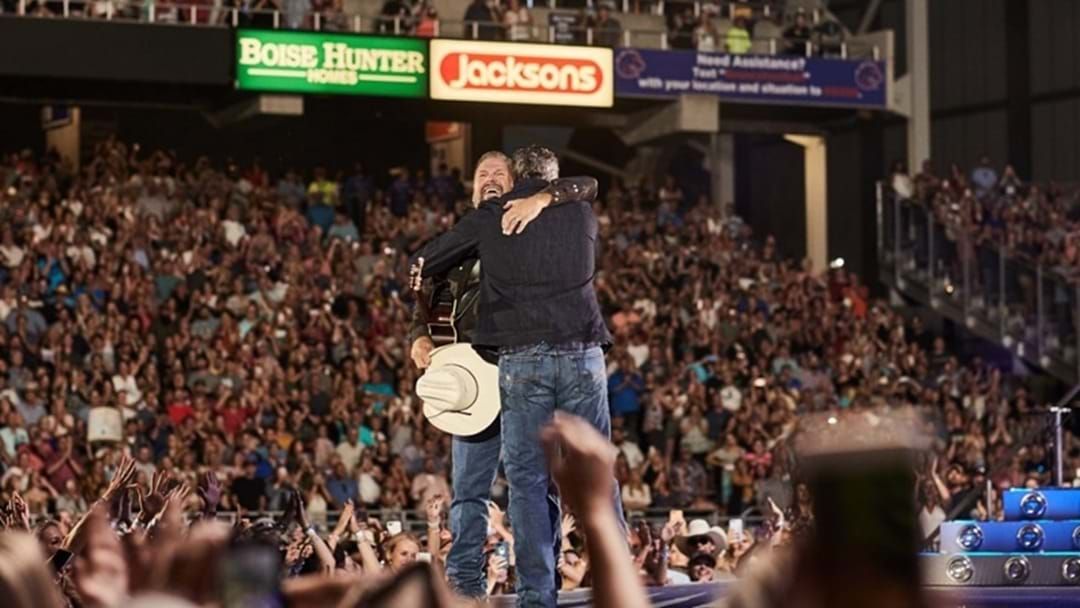 Shelton also gave an acoustic rendition of his multi-week No. One song “God’s Country.”

The shows also marked the first-ever concerts at Albertsons Stadium and the largest entertainment event in Idaho history.

Since the tour launch, Brooks has broken stadium attendance records in:

St. Louis, MO at The Dome at America’s Center, Glendale, AZ at State Farm Stadium, Gainesville, FL at Ben Hill Griffin Stadium, two sold-out nights at Minneapolis, MN’s U.S. Bank Stadium, Denver, CO at Mile High Stadium, Eugene, OR at Autzen Stadium and two sold-out nights at Boise, ID’s Albertsons Stadium shows on 7/19 and 7/20, both of which sold-out in under an hour.

The next stop will be Regina, SK’s Mosaic Stadium show on 8/10 that also sold-out in under a hour, averaging just over 75,000 tickets in each city. Brooks recently added a second date in Regina, SK on 8/9 due to demand.