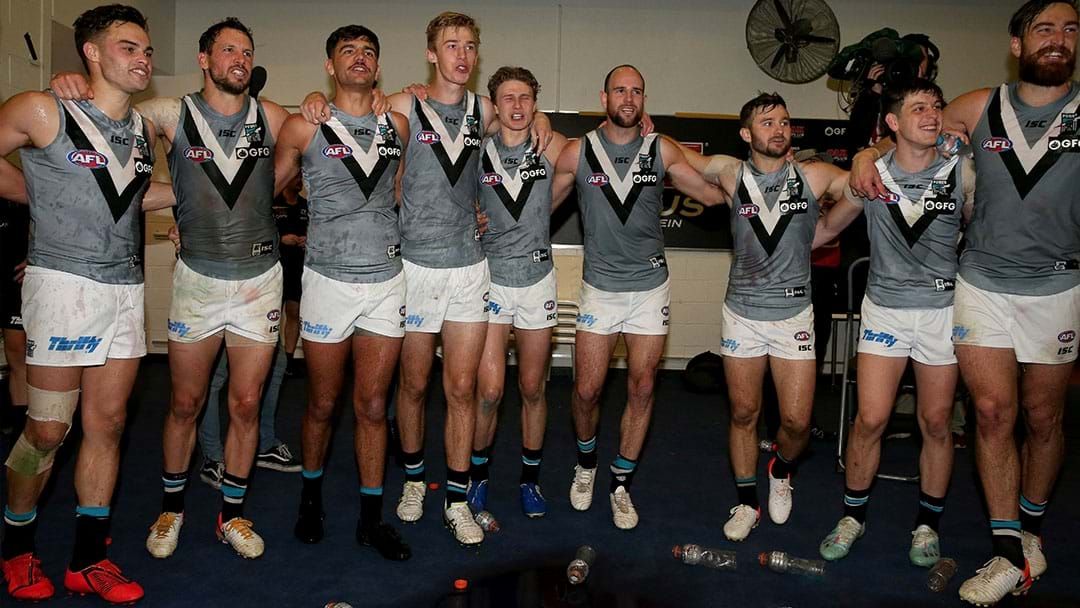 Port Adelaide legend Gavin Wanganeen has given his verdict on his old side’s finals chances after their big win over Essendon.

“To come out there and smash the Bombers on their home deck… they’ve got a bit of momentum now,” Wanganeen said on the Rush Hour with Jars & Louie.

“If they continue that on over the next three weeks, there’s no reason they can’t go on and win two of the next three… and go into September with some serious momentum.

“I tell you what, they can cause some damage.”