George Pell Could Spend His First Night In Jail Tonight 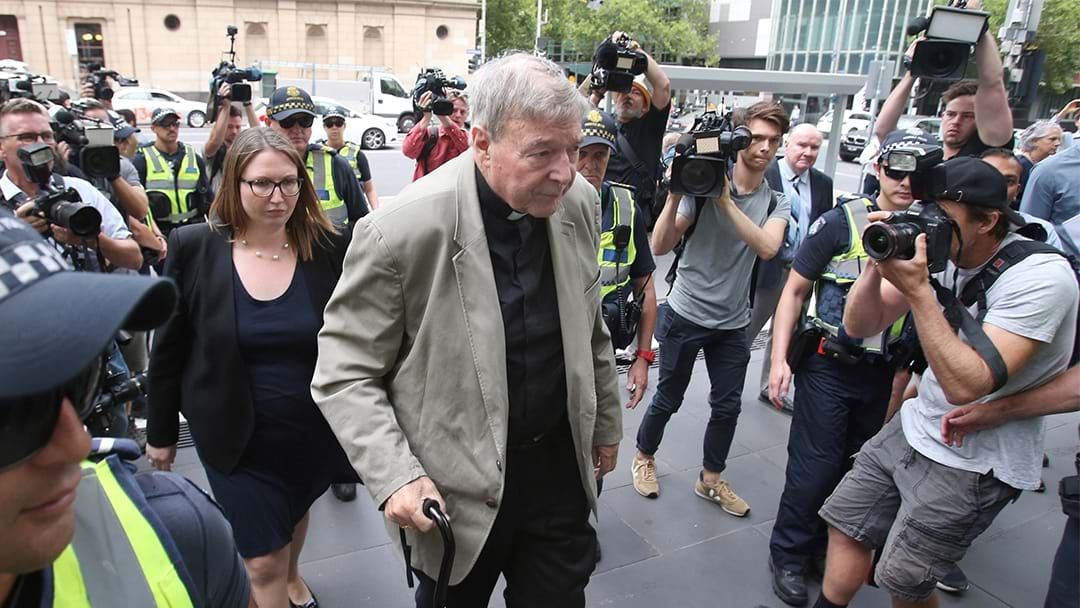 Pell, 77, was found guilty by a jury in December of  committing oral sexual assault on a 13-year-old choirboy in 1996 and molesting another at St Patrick's Cathedral in East Melbourne.

He had been newly appointed Archbishop of Melbourne when he committed the crimes.

The jurors returned a unanimous verdict as part of a retrial following a hung jury in September.

However, a suppression order prevented media reporting details of the trial until the gag was lifted on Tuesday morning.

Pell, who has been on bail throughout the proceedings, may be taken into custody when he returns to the County Court of Victoria on Wednesday.

But he is listed to make a bail application in the Court of Appeal on Wednesday afternoon.

Now Australia's highest-ranking Catholic, the Vatican treasurer was granted extra time on bail over the festive season to have double knee replacement surgery in Sydney.

He had become increasingly frail and had difficulty walking unassisted throughout his trial.

On Wednesday, Pell is due to face Chief Judge Peter Kidd for a plea hearing, where pre-sentencing submissions will be presented by both crown and defence legal teams.

Lawyers for Pell, who maintains his innocence, have lodged an application for leave to appeal the convictions.

On Tuesday, Pell's lawyer Robert Richter QC accepted a prison sentence was inevitable but said he intended to appeal on three grounds, including that the jury verdict was unreasonable as it was contrary to the evidence.

The historical offences each carry a maximum 10-year prison sentence.