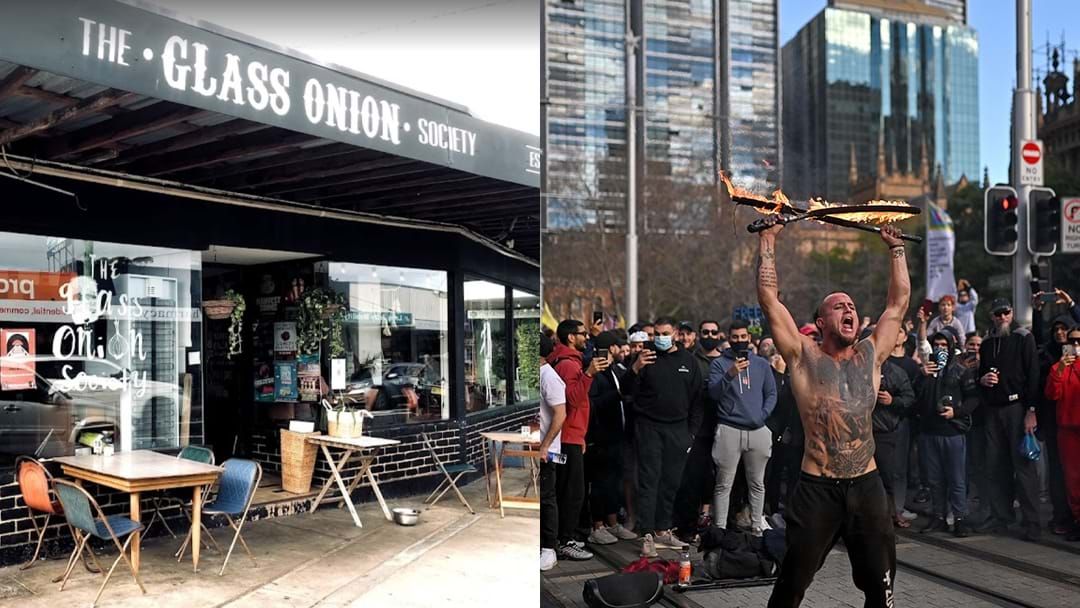 Claiming It was a case of mistaken identity because their business neighbours in Long Jetty attended the rally, they are in close proximity to that cafe. They posted a vide of themselves at the rally and one of the owners of that place looks similar to someone who works at the Glass Onion.

“They are great people” Adrian added.