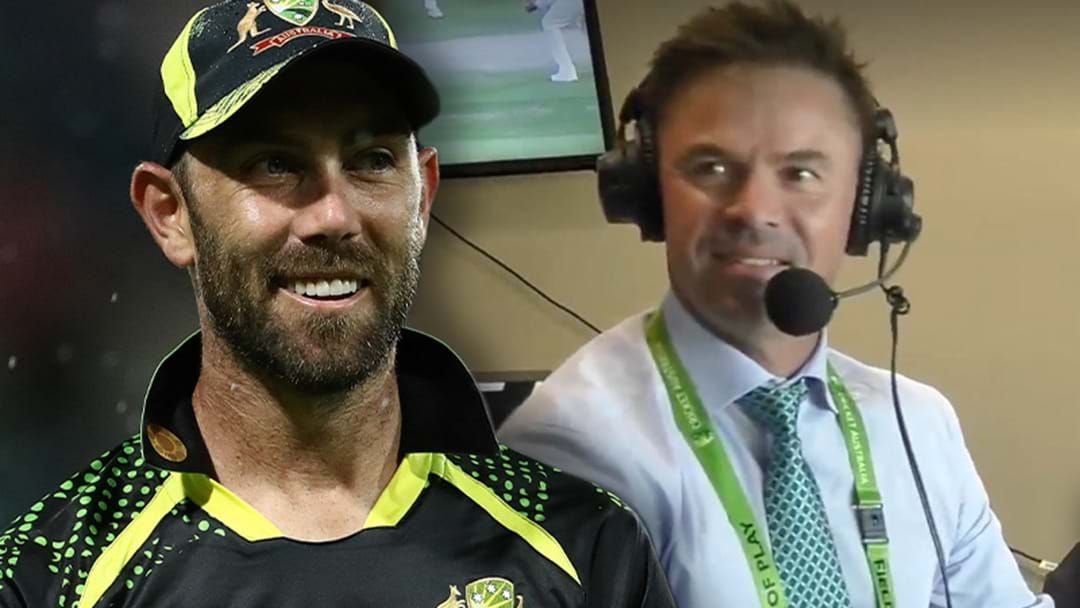 Glenn Maxwell joined JB and Billy on Triple M's Rush Hour to talk about his run of form with the white ball - the golf ball, that is.

"I understand you're flying out there at Sanctuary Lakes," JB began.

Maxwell confirmed he was going okay, having recently made an appearance on Playing Around with Paul Gow.

And one of our good mates on Triple M - and a very skilled golfer himself - in Greg Blewett was also on the show.

Turns out Maxwell had his measure in the longest drive competition!

"I tell you who I beat, one of Adelaide's finest, Greg Blewett," he laughed.

"Didn't he give me an absolute serve during that show!

"I've never seen someone so bitter and twisted, just because I was able to hit one past him and hit one closer than him!"

HOW MAXI GOT HOLD OF BLEWEY: