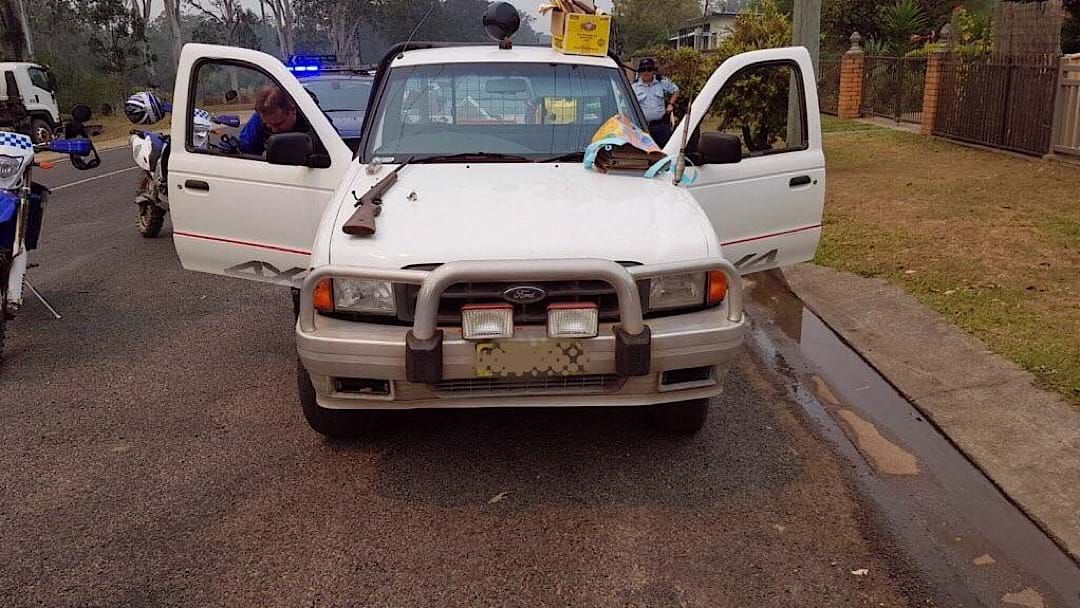 A 40 year old man from Glenreagh has been arrested by police while on bail.

At 10:40am on Wednesday, Police from Grafton Highway Patrol stopped a New South Wales registered Ford Courier utility on the Orara Way at Glenreagh.

Officers spoke with the driver, who was unable to provided police with a drivers licence. Further checks revealed that his licence was currently disqualified from 16/06/2002 until 11/06/2047.

The man was also on bail, not to occupy the drivers seat of a motor vehicle and not to commit any further offences whilst on bail.

Whilst stopped he was subjected to a roadside drug test which returned a positive reading to Methylamphetamine.

A search of the vehicle also located a loaded 22 Lithgow rifle behind the driver’s seat and a quantity of ammunition underneath the seat.

Police say that inquiries revealed that the driver did not hold a current firearms licence and as such is prohibited from possession both the firearm and ammunition.

The firearm was also not registered with the appropriate authority.

The driver was arrested and conveyed to the Coffs Harbour Police Station, where he underwent a drug analysis, the results of which are pending, with a view to further charges.

He has since been charged with Drive motor vehicle on road during period of disqualification, possess loaded firearm in public place, possess unauthorised firearm and Possess ammunition without holding licence/permit/authority and breach of bail.

Bail was refused, and he is due to appear before the Coffs Harbour Local Court on Thursday 14th November 2019.