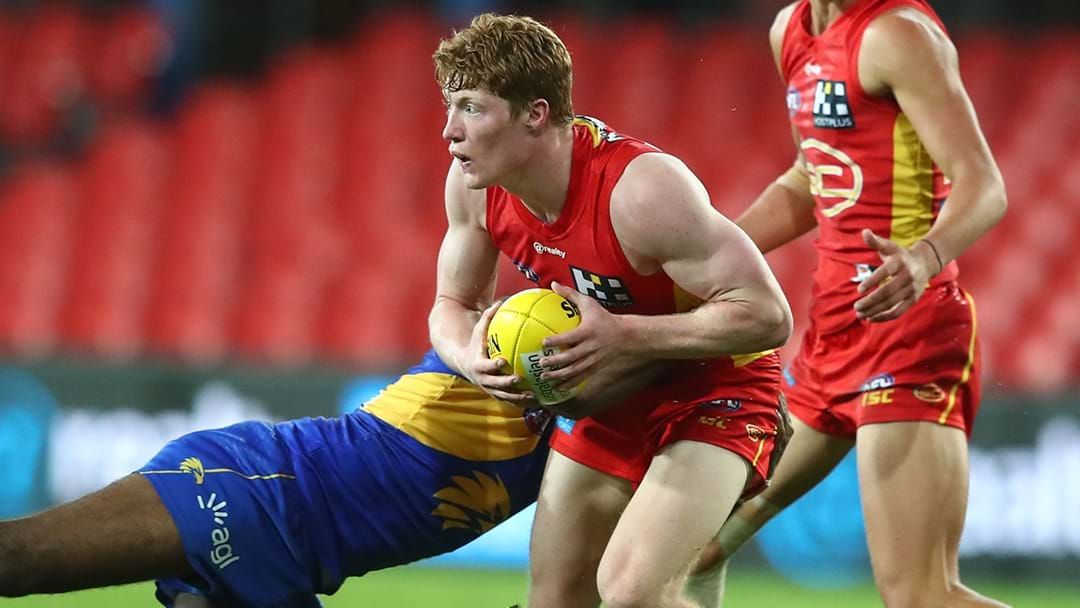 Gold Coast star Matt Rowell is poised to make his long-awaited return this week, after recovering from knee injury suffered early in the year.

The exciting youngster must get through Wednesday's main training session to be selected for Saturday's clash with Fremantle.

Midfielder Touk Miller said Rowell’s comeback has arrived at a perfect time, as the club prepares for the second half of the season.

“Blokes are healthy. Blokes are in good form. The team’s starting to play a really good brand of football.

“It’s literally like we’re just resetting and ready to go for this back half of the year which is super exciting for us.”

Rowell was forced into a lengthy sit on the sidelines for the second straight season, after a round one PCL injury against West Coast.

Gold Coast football manager Jon Haines told club media about the importance of Rowell's inclusion and presence within the club.

"He's highly energised and put in a great block of work, as we knew he would," Haines said.

"His enthusiasm and his want to play, and his love of the game, is infectious.

"The guys love having him back in the group."

The 2019 number one pick burst onto the scene in his debut year, polling maximum Brownlow votes in each of his first three games.

Gold Coast fans have the opportunity to see Rowell in action, as they take on Fremantle in Perth.

Catch up on the latest headlines on The Queensland Briefing. Available on LiSTNR