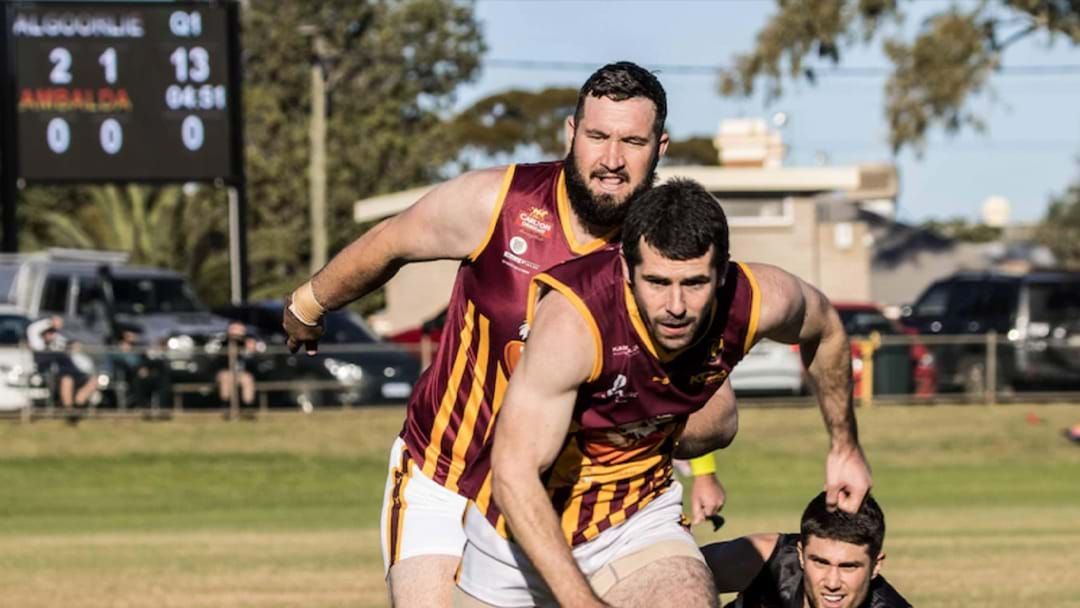 Former AFL-listed footballer Daniel Murray has been handed a life ban for violent acts on the in an amateur league in Goldfields.

Murray was allegedly reported for striking an umpire and two opposition players on Saturday while playing for Kambalda in the Goldfields Football League.

At the league tribunal on Tuesday night, Murray pleaded guilty to striking on three accounts.

It was just his second appearance for Kambalda this season, with umpires abandoning the game against Mines Rovers at half-time.

East Perth-born Murray was selected by the Brisbane Lions in 2008 but was de-listed soon after without playing a senior game.

Police have charged the 31-year-old from Jandabup with assault, due to appear in Kalgoorlie Magistrates Court next month.

GFL chairman Graeme Borchet said the tribunal's decision to hand down a life ban for striking the umpire and players was necessary.

"He walked towards umpire in intimidatory manner and was given a red card," a league report stated.

"He then chased the umpire, who fell to the ground. The player jumped on the umpire, punched him to the head and put him in a headlock.

"He was restrained by a number of players from both teams."