Good Samaritan Seriously Injured at While Helping at Crash Scene 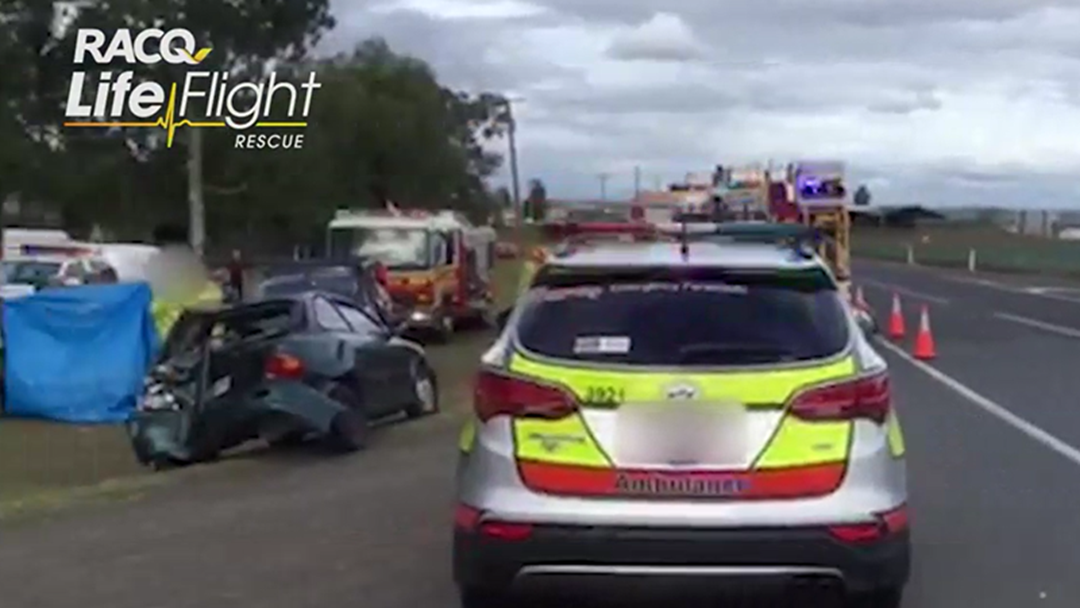 A woman who stopped to help victims of a car crash has become a victim herself after being seriously injured when she was struck by another car.

Toowoomba’s RACQ Lifeflight Rescue chopper attended the scene of the crash that happened around 3:20 yesterday afternoon at Tent Hill.

The woman, aged in her 20s, told crew that she had been a passenger in a car that had pulled over to help after witnessing the crash.

It’s believed she was standing by the side of the road, when another vehicle (not involved in the initial accident), hit her.

LifeFlight’s Critical Care Doctor and QAS Flight Paramedic helped to stabilise her before she was flown to the Royal Brisbane and Women’s Hospital in a serious but stable condition.  She sustained leg injuries.

A patient was also taken to Toowoomba Hospital in a stable condition following the three car crash.