due for completion December 2020 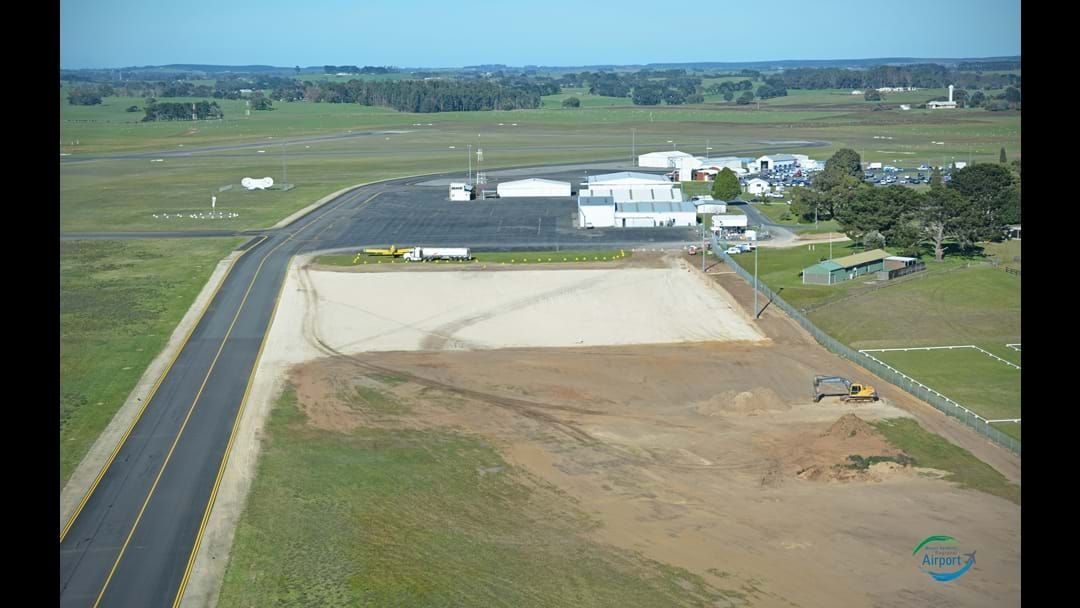 The Council Assessment Panel (CAP) has granted Development Plan Consent for the District Council of Grant to proceed with the redevelopment and expansion of the Mount Gambier Regional Airport Terminal Building.

Based on an independent Development Assessment Report from Wayne Gladigau (MasterPlan) consent was given based on the plans prepared by Ashley Halliday Architecture.

The development will be constructed within the existing footprint of the terminal building and also incorporate some vacant land on the north east side to allow for a larger terminal to be built; increasing the floor area to 1,060sqm.
The interior design features a central, open entrance hall that facilitates passenger movement between arrivals and departures along with the associated areas for check-in, café, seating and hire car bookings.

The floor plan also allows for Council to implement security screening in the future if required.

A replica model of the new Mount Gambier Regional Airport Terminal will be on display at the terminal building from Monday 14 October 2019. Council plan to move it to different locations in the City of Mount Gambier and District Council of Grant to provide an opportunity for a significant proportion of the community to view the design.

The tender process for the construction of the terminal is progressing with an announcement of the successful tenderer expected to be made during October 2019.

Hennan Earthmoving have now completed the pavement construction on the heavy aircraft apron and the area is now awaiting a primer sealer to be followed by asphalting, which will occur in conjunction with the runway extension. Preparation earthworks for the runway extension have begun, which will see the 18/36 runway lengthened by 120 metres.

The airfield ground lighting upgrade has been implemented which includes new runway extension lighting, apron floodlighting, a new control system and an upgraded electrical switchboard and generator. The new generator is a game-changer for the airport as businesses and operations can now continue during a power outage and fire bombers can draw water from the bore to provide aerial support during bushfire situations.

This project is funded by the Australian Government’s Building Better Regions Fund, the South Australian State Government, the District Council of Grant and the City of Mount Gambier.