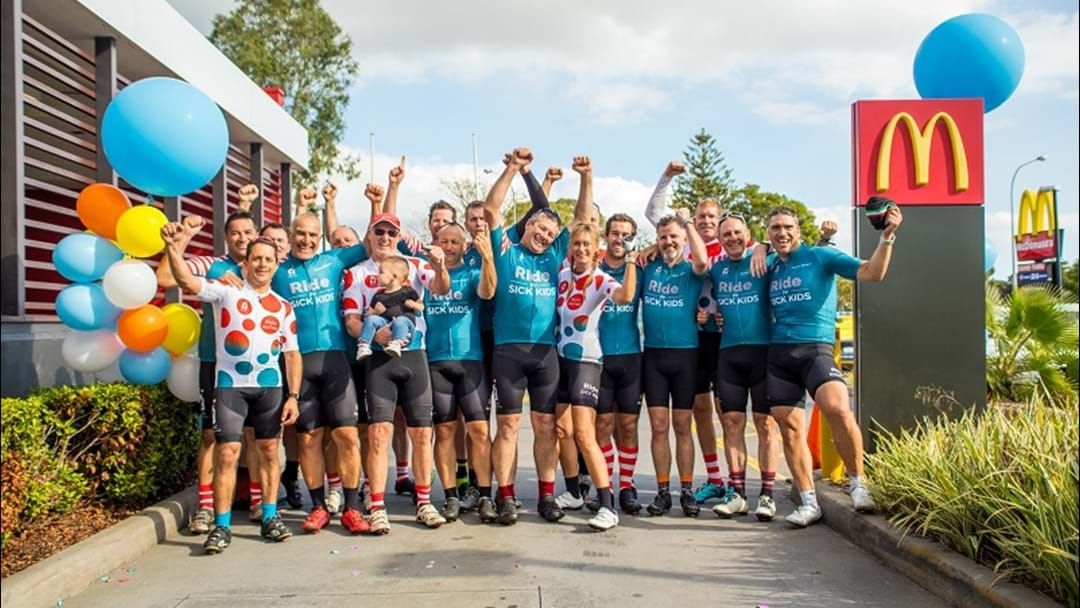 Chances are you have had experience with or know someone that has had to use Ronald McDonald House. Free of charge, the charity houses families who have sick kids who need to be treated at the Perth’s Children’s Hospital. The families can stay comfortably close to their children in often trying times.

Of the 20 cyclists Grasspatch resident Malcolm Longbottom represented the south coastal region. It was his third time participating in the long bicycle hike. Between Malcolm and his wife, the pair have raised over $100,000 for the charity. The Longbottom family have used Ronald McDonald time on multiple occasions since having kids.

Sean caught up with Malcolm to talk about the tough ride and the charity on the Breakfast Show, two and a half minutes in at the following audio.

The gruelling four day, 387km ride saw the team traverse through the rugged Northern Wheatbelt region, and although there were some testing moments the 20 strong group prevailed, lycra and all!

The Longbottom family and Ronald McDonald House would like to thank everyone that supported the ride and the charity and donated. Since the inaugural ride across WA in 2012, more than 2,800 kilometres have been travelled and over $2.5 million dollars raised.

Definitely worth the sore (Long)bottom by the end!