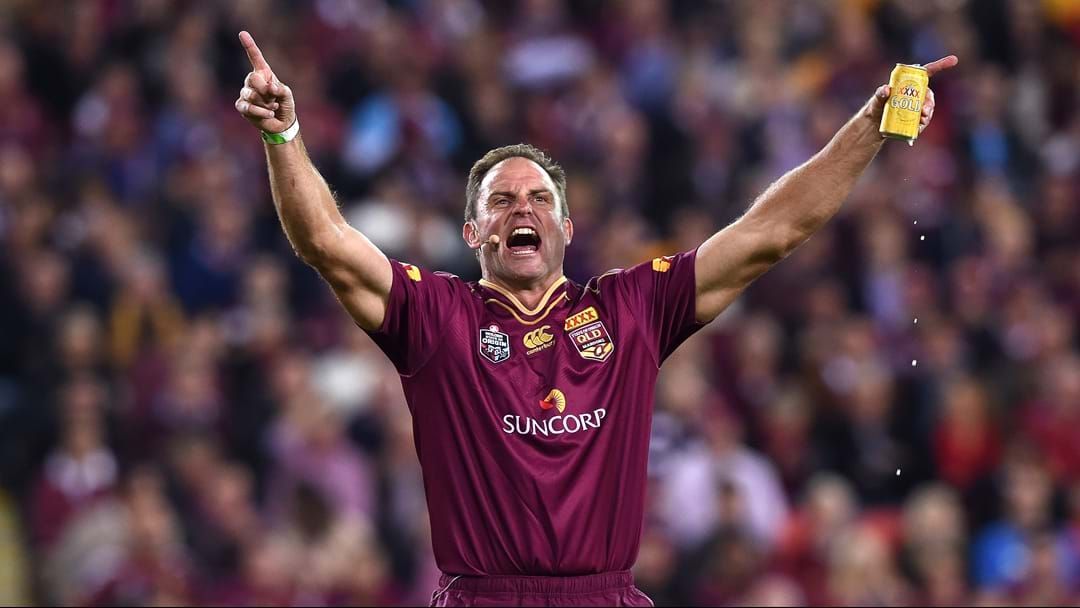 The man behind the war cry that stirs the blood of Queenslanders around the world has spoken about the fateful day he made it famous.

Billy Moore, who played 17 games in the Maroons jersey, joined Triple M's The Big Breakfast with Marto, Robin and Nick Cody to reminisce about how everything fell into place the day he yelled "QUEENSLANDER" while running down the tunnel.

Moore did have some bad news, though, revealing that he won't be fronting the crowd as a hype-man at Game I on Wednesday night.

The 48-year-old cited "cutbacks" as the reasoning behind the change of pace, before admitting that it's "the closest he's ever been" to becoming a rockstar.