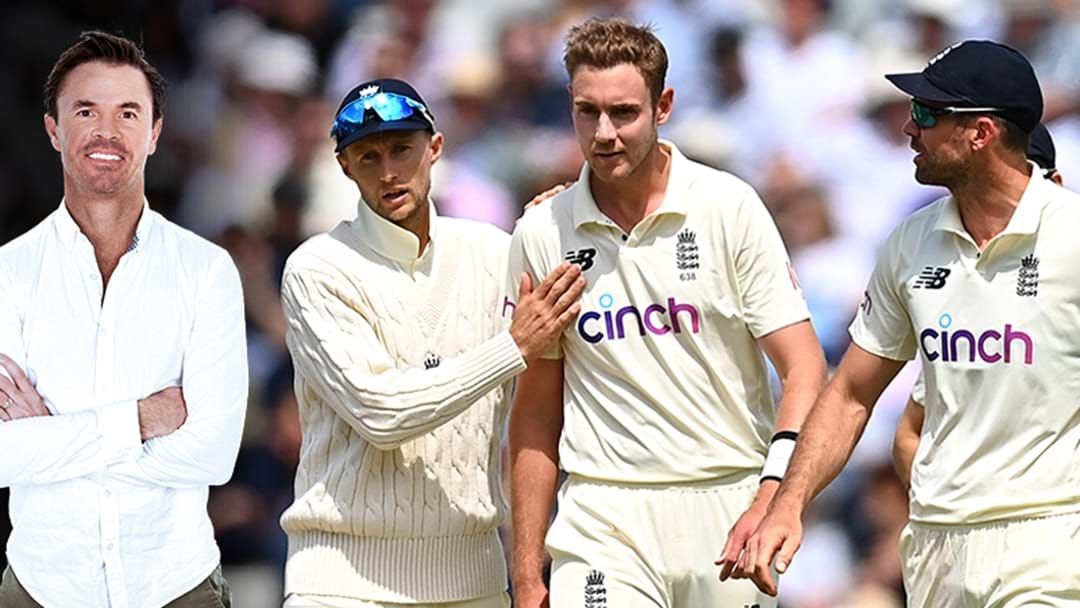 Former Aussie Test batsman Greg Blewett has nominated the England players who will need to do the heavy lifting in order for the Poms to be competitive in the upcoming Ashes.

"Their experienced players — Stuart Broad, Jimmy Anderson, Joe Root — have to have their best series ever," Blewey said on the Rush Hour with Bernie, Blewey and Jars.

Blewey explained that that the trio, who are all England legends already, have previously underperformed down under.

"I’m gonna give you Stuart Broad’s career in Australia: 12 Tests, 34 wickets, average 37… so he needs to improve.

"Jimmy Anderson, 17 Tests in Australia, 60 wickets, average 35. Come on Jimmy, he needs to fire for England.

"Joe Root, who’s just coming off an unbelievable 12 months: 9 Tests in Australia how many hundreds? Zero… at an average of 38.

"So their three big guns have to do something extraordinary to push Australia.

"Australia are red hot favourites, but no (Ben) Stokes, who’s their best player, and Jofra Archer is not coming either… he’s their best bowler.

"So they’re gonna have to pull one out of the hat."

Triple M Rocks Cricket again this summer! Make sure you never miss a minute of the Ashes action with the LiSTNR app — grab it on iTunes or Google Play now!