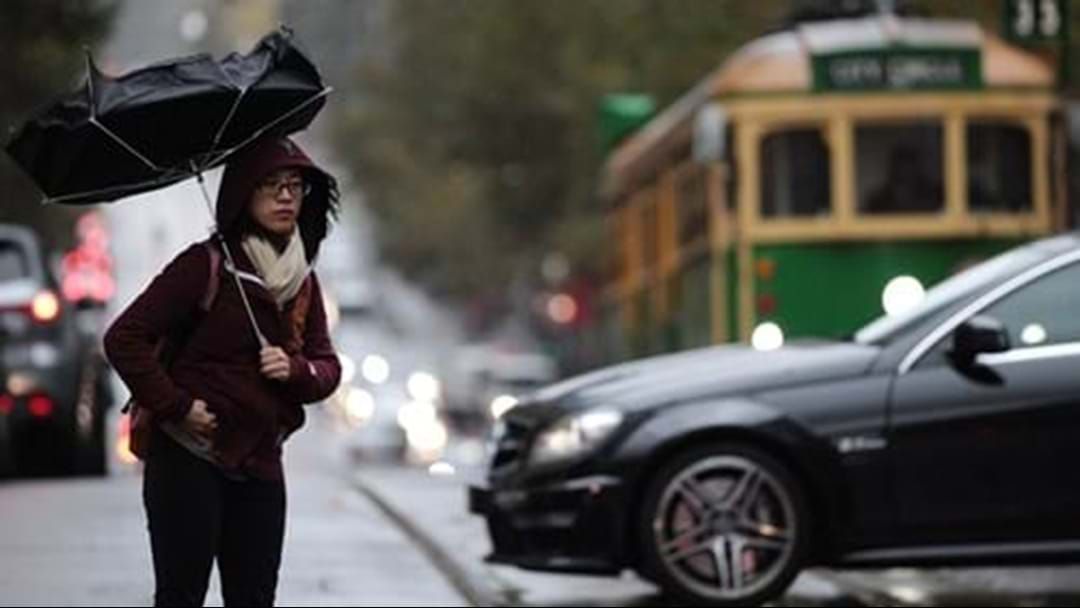 Last week we were warmer than average and this this week we're colder.

In typical Melbourne fashion - after a week of positively balmy weather we're set for gusty winds and a chance of hail in Melbourne today.

Today is forecast for a high of just 13C with a low of just 8.4C, and Richard Carlyon, senior forecaster at the Bureau of Meteorology says this isn't normal for the time of year.

"Last week was 3-5 degrees above the average, this week it a bit below. "

And he says it's likely to get worse - with a chance of showers and thunder today in Melbourne.

'Well see a few showers develop particularly over eastern and southern suburbs, he chance of thunder and some hail mainly this morning and around the middle of the day - those showers should tail off in the evening."

As for the rest of the week, it's set to be "cold wet and windy" he says.