Half Time Length To Stay The Same For 2020 AFL Season 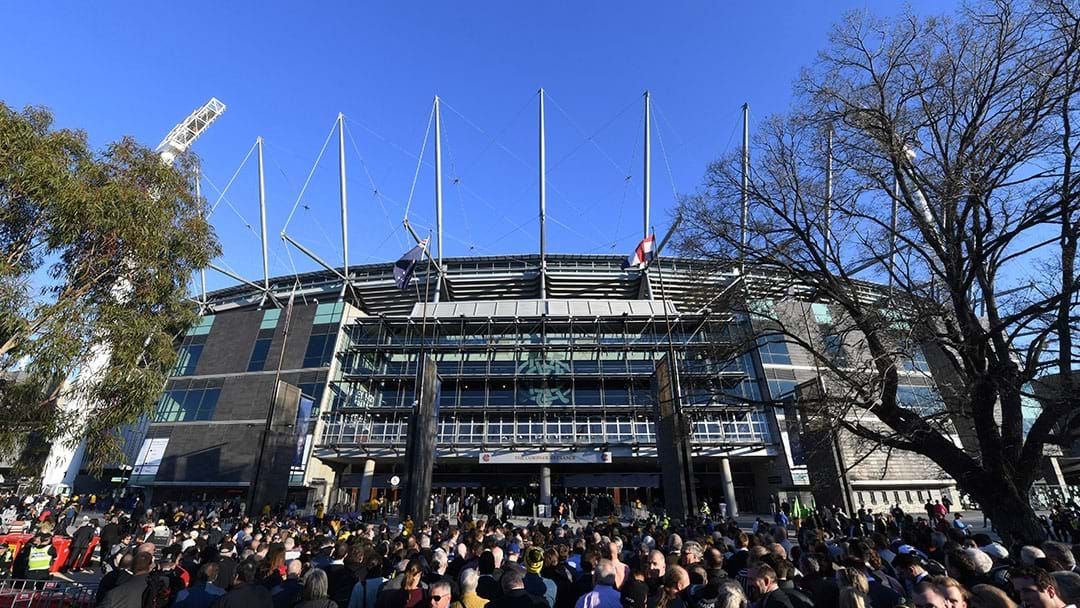 The AFL has reportedly stopped short of shortening the length of the half time break, according to Triple M Footy's Tom Browne.

In a move to quicken up the match day experience slightly, the AFL mooted a change to the length of the half time break - shortening it from 20 minutes to 15.

Don't miss the Dead Set Legends with Joey, Jay and Emma every Saturday from 10am-Midday on 105.1 Triple M, or by downloading the Triple M app.