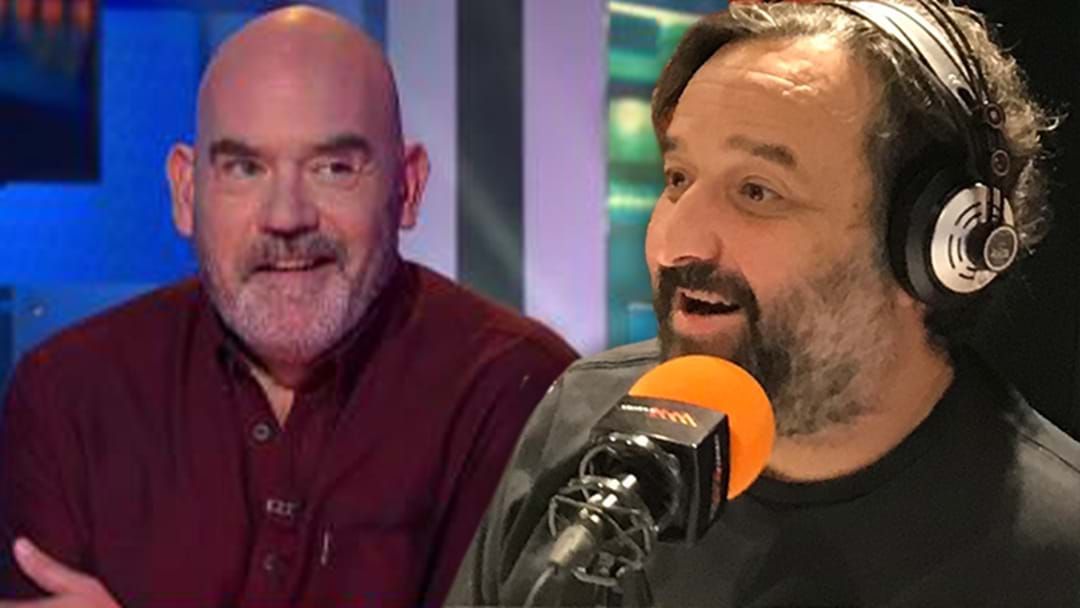 Tom Gleisner joined Mick Molloy in studio to pump up all things Have You Been Paying Attention? ahead of the show's return...but Dangerous Dave had some news to break to both of them.

It was about a Molloy promo that went to air during The Marty Sheargold Show on Triple M Melbourne that morning, straight off the back of a chat about Marty's HYBPA appearance.

Where things were timed so perfectly that Mick ended up unintentionally sledging Marty.

"I don't want to play this to Tom, because he's the host," Dave said.

"Our promo came on right after Marty did a break on air, and well, you be the judge..."