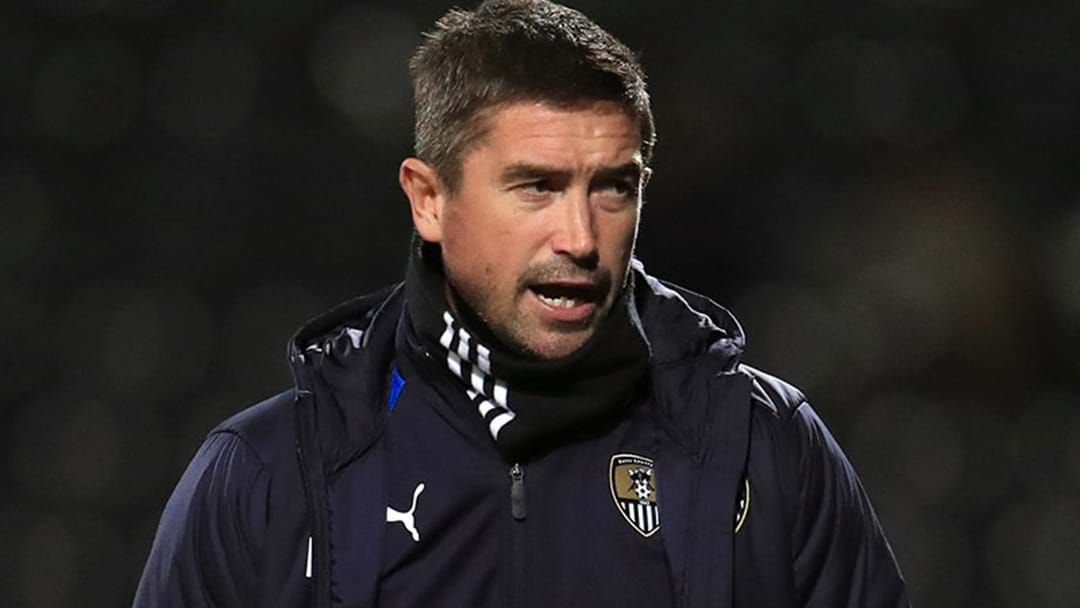 Australian soccer legend Harry Kewell has been sacked as Notts County manager after just 73 days in the job.

Kewell had originally signed a three-year deal with the fourth-tier English club, but as the Magpies lurch perilously close towards the League Two relegation zone, his contract was torn up after just 14 games in charge.

“Firstly I would like to thank the fans for welcoming me to the club. Everyone behind the scenes, the players and coaching staff,” Kewell tweeted.

“I would also like to thank (owner/chairman) Alan Hardy for the opportunity. As you can imagine I’m very frustrated to leave after 73 days and 14 games in charge.

“I was excited by the opportunity of rebuilding a great football club with a proud history but unfortunately I was unable to see the project through. I wish the club and everyone involved all the best.”

Kewell had previously been in charge of Crawley Town who are currently sitting in 12th spot in League Two.

As a player, Kewell made a name for himself with Leeds United before playing six seasons with Liverpool. He also scored 17 goals from 56 appearances with the Socceroos.