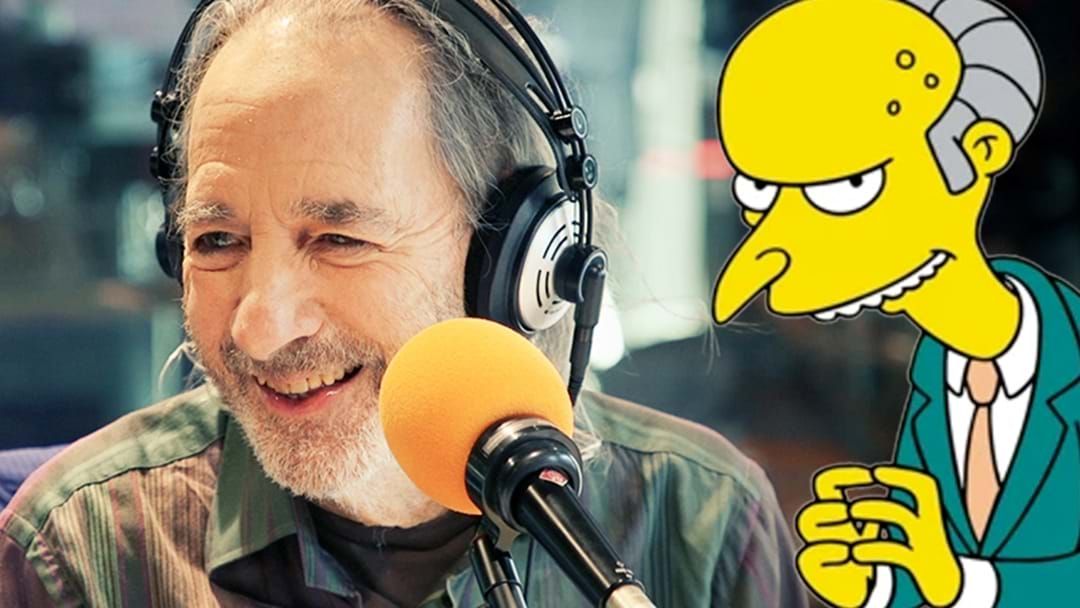 Harry Shearer, the co-founder and co-creator of Spinal Tap and starring voice behind The Simpsons, joined Kennedy Molloy on Wednesday, alongside his wife Judith Owen.

So of course he had to let slip a couple of sentences as perhaps his most iconic and recognisable Simpsons character: Mr. Burns.

Twice, when Mick Molloy was quizzing him about the future of the show and when Shearer was talking to Jane about reappearing on Have You Been Paying Attention?, he did the voice.

And twice he left everyone in stitches!