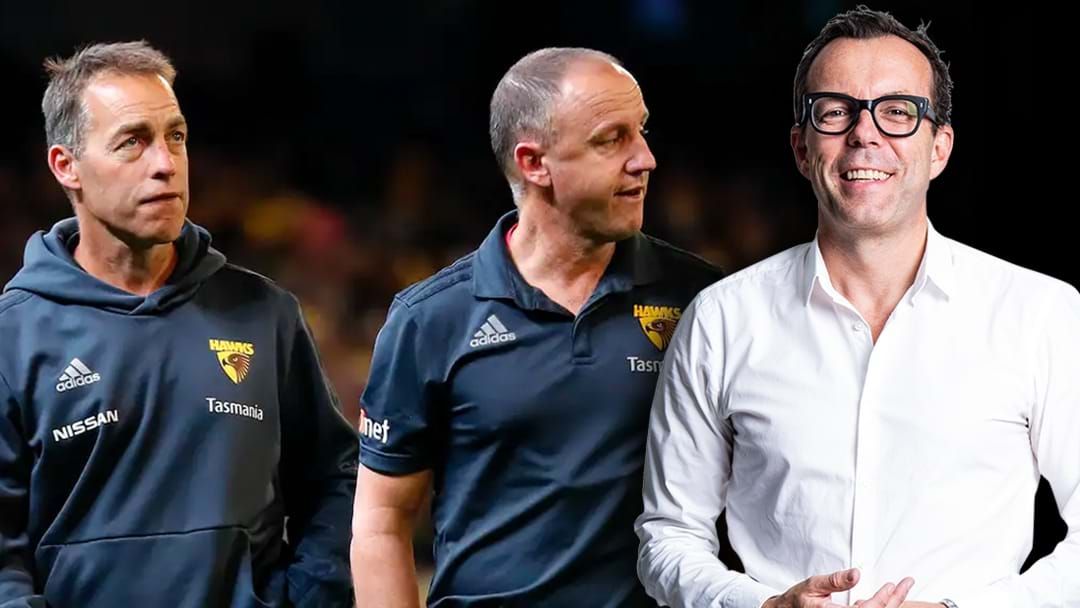 Ahead of the Round 17 contest against Fremantle in Launceston, Hawthorn's Head of Football Rob McCartney spoke with Damian Barrett to discuss the major coaching call revealed this week.

McCartney spoke on the conversations had between himself and Clarkson about their desire to ensure Sam Mitchell wasn't poached by a rival club.

"He's always been one to have the club's best interest at heart." McCartney said.

"He was aware once that Collingwood position became available and Sam's name became more linked to it as the days went by that it was important for the club to have a conversation about what that actually meant for the future."

"Clarko and I have always had significant dialogue along the journey around lots of things, so it wasn't unusual for him to bring up something as significant as this."

McCartney reiterated Clarkson's stern comments earlier in the week, after he vowed to see out his contract under the current circumstances.

LISTEN TO THE FULL SATURDAY RUB: