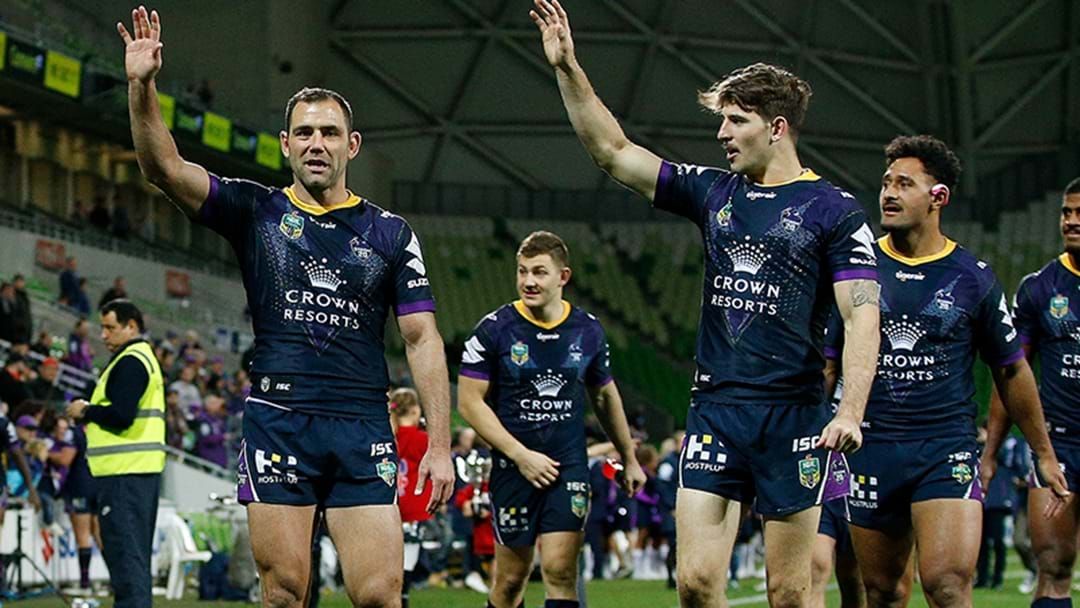 Ahead of Smith's 400 NRL game, the first rugby league player to achieve that milestone, Scott joined Triple M Melbourne's Dead Set Legends and was asked to dish the dirt on the Storm skipper.

"Believe it or not he is still pretty chilled out, kinda like a little kid but he's a massive farter to be honest," Scott told Triple M.

"It's not a normal fart that sneaks out they seriously fall out and sounds like his bum cheeks are just blowing."

Scott did find time to pay tribute to Smith ahead of his 400th game and also opened up on the arduous pre-season training under Storm coach Craig Bellamy including a 4-hour silent walk; hear the full chat below.