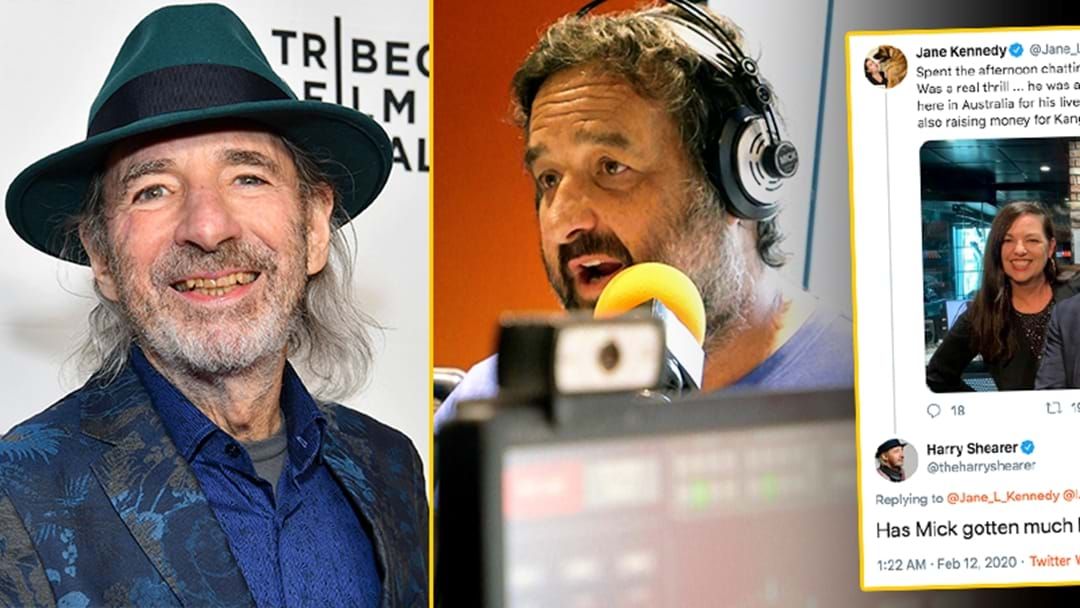 A picture of Mick Molloy has caught the attention of The Simpsons and Spinal Tap star, Harry Shearer!

Mick and Jane got a photo with Jason Alexander during his visit to Kennedy Molloy, which was spotted to - and jibed at! - by Shearer on Twitter.

"There's a picture of you, me and Jason Alexander!" Jane told him.

"He says 'has Mick gotten much larger?'"

It got a good laugh out of everyone!

"He's on my list of people I'm going to fight," Mick said.

MICK HITS BACK AT SHEARER: