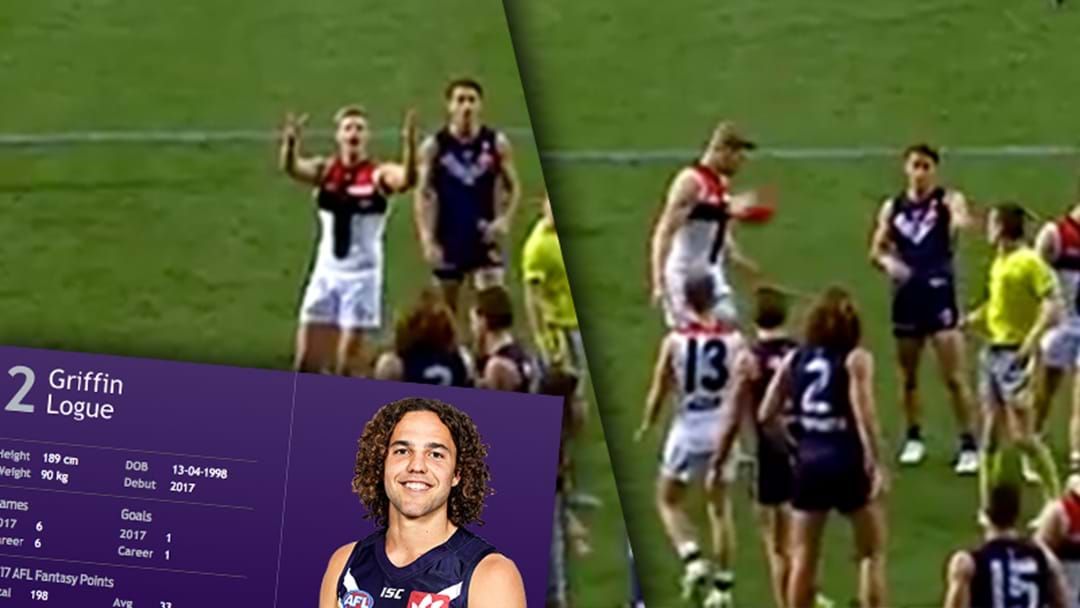 St Kilda legend Nick Riewoldt has been criticised by some following yesterday's controversial 50m penalty that went his way.

While his teammate Tim Membrey took a mark in front of goal late in the game against Fremantle, Riewoldt demanded the ball back from 19-year old Griffin Logue.

Playing in just his 6th game, the naive Logue fell for the trick as Riewoldt watched the ball sail past and earned his side a certain goal.

Now, it has been discovered that Riewoldt stitched up one of his biggest fans.

On Logue's player profile from the Fremantle website, the number 8 draft pick previously had stated that Roo was his favourite player.

Here are some of the answers Logue had provided on the questionnaire:

The player from another club you most like to watch: Nick Riewoldt

Fair to say Roo may have lost one of his big supporters over the weekend...