They're in real strife! 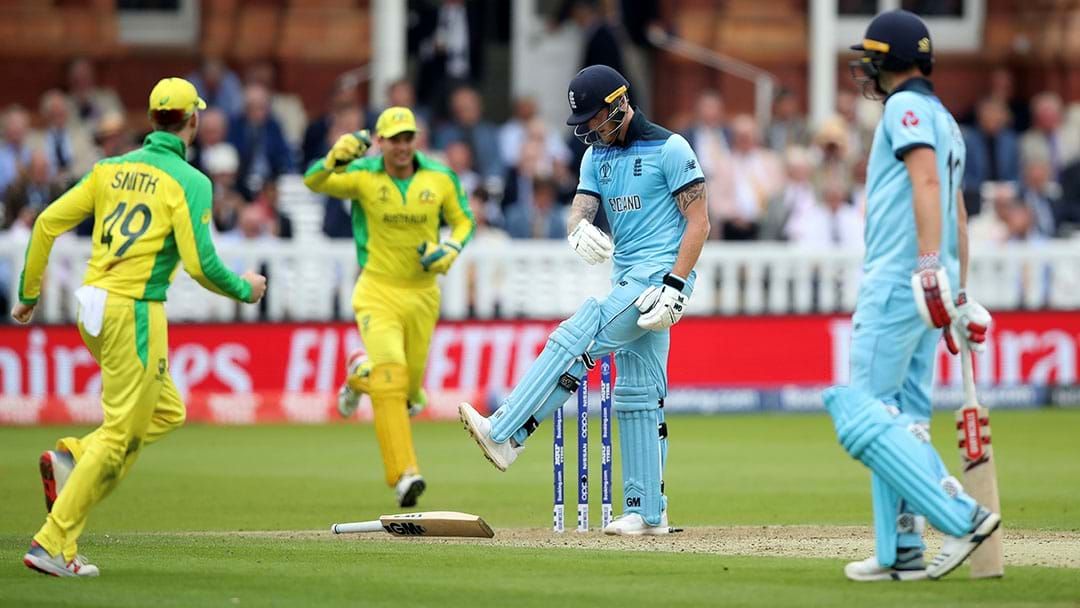 Like relaxing into your slippers in front of an open fire, there’s nothing quite as warm and comforting as the Poms stuffing up once again on the world stage.

It seemed long odds that they would manage to cook it at this cricket world cup given that they were the number one ranked team in the world coming in, in great form, and were hosting the tournament at home.

However with two games to play they’re now in real danger of missing the semi-finals after dropping games to Pakistan, Sri Lanka and Australia, and last night the Pakistanis took them closer to world cup oblivion with a gutsy six wicket win over New Zealand.

The Poms currently sit fourth in the group stage — four teams qualify to the semi-finals — with 8 points, with games against second and third placed New Zealand and India to come.

Bangladesh and Pakistan sit in fifth and sixth respectively, both tied on 7 points and with a game against each other to come (Bangladesh also play India and Pakistan take on Afghanistan).

As a result, England simply can not afford to lose both of their remaining games because one of Bangladesh or Pakistan is guaranteed to go ahead of them on points after they play each other.

Check out the current table here:

Another problem facing England is that New Zealand and India have been two of the best teams in the tournament — India are undefeated and the Kiwis’ first loss was last night.

As for Australia, we’re already safely through to the semis and can just sit back and watch the carnage unfold.

Eddie McGuire spoke to Aaron Finch about what it’s like to score a ton as captain in a win against England at the World Cup.