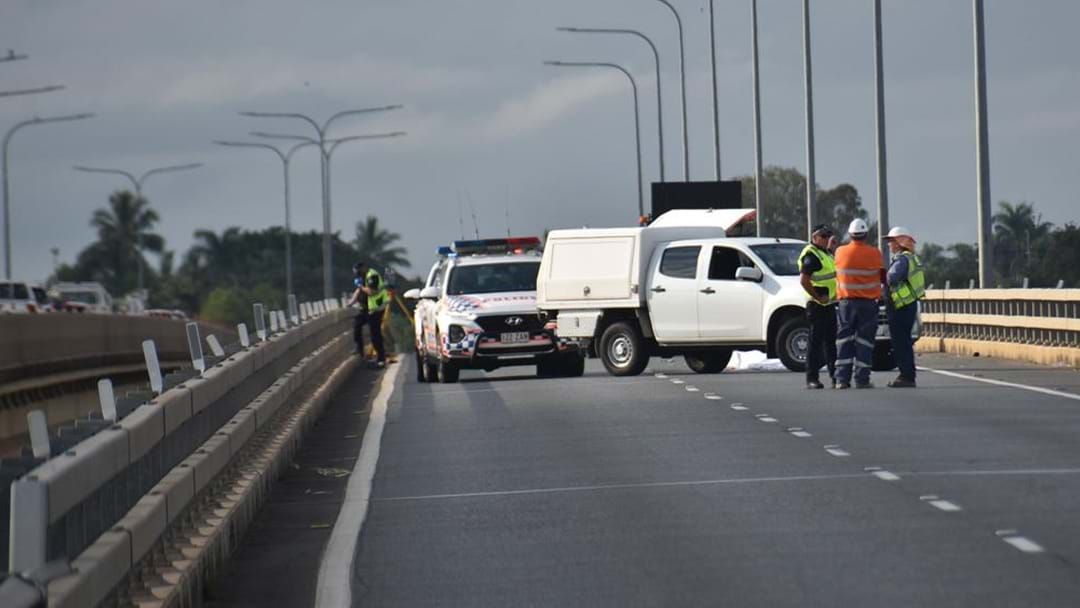 A man in his 30s has died following a hit-a-run involving a suspected stolen vehicle in Mackay.

Police and emergency crews arrived at Bruce Highway around 4am after reports a road worker was fatally struck.

A spokesman said the incident occured in the northbound lanes of the Ron Camm Bridge.

The stretch of road along the highway has now reopened following a closure of several hours.

Acting Senior Sergeant Tim Heller said police have located a Toyota and have launched a manhunt in pursuit of the reckless driver.

"We are in very early stages of the preliminary investigation and inquiry."

There are reports that bystanders and local citizens performed CPR as Queensland Ambulance raced to the scene.

Both lanes began moving after 9am, with the Forensic Crash Unit investigating the incident.