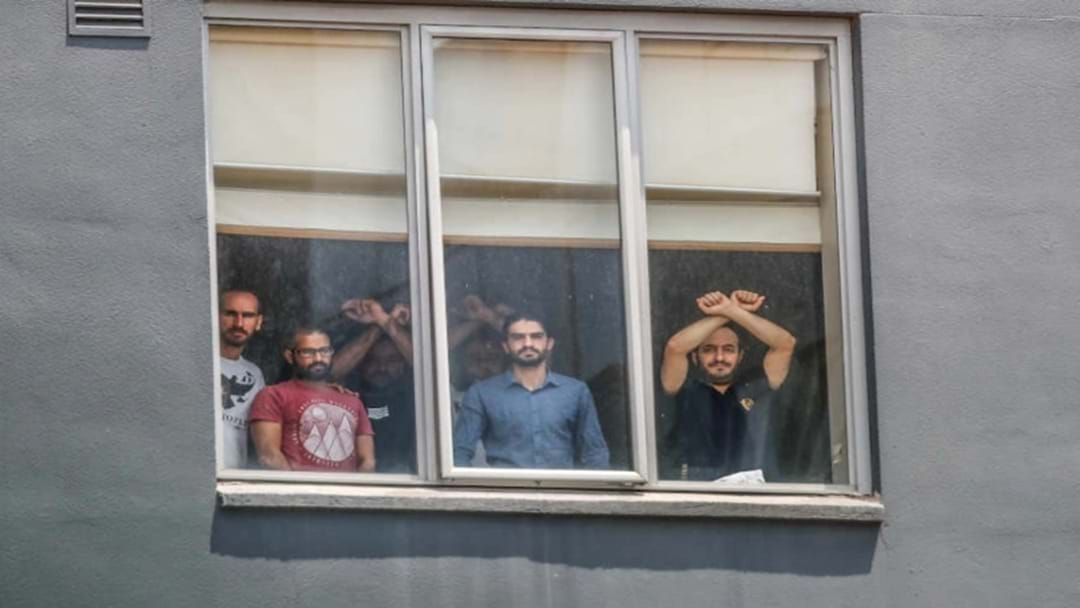 After a unanimous vote, Hobart has put their hand up to resettle asylum seekers and refugees currently held in detention at the Park Hyatt in inner-city Melbourne.

Deputy Lord Mayor Helen Burnet successfully put forward a motion to the city council on Monday night calling to advocate for Immigration Minister Alex Hawke to resettle those held in mainland detention to the Tasmanian capital.

About 30 refugees have been detained in the Park Hyatt Hotel, some of them for years, after being brought to Australia from offshore detention centres in PNG and Nauru, under a short-lived medical evacuation scheme in 2019.

The plight of the refugees became front page news after tennis star Novak Djokovic was held at the same hotel after his visa was denied ahead of the Australian Open.

But as the spotlight faded on the World's no.1 tennis player, so too did the narrative over unfair detainment of refugees and asylum seekers in Australia.

However, Hobart Council's successful motion to place pressure on the federal government over the treatment of detainees in arbitrary detention, hopes to pick up that torch.

Alderman Damon Thomas said it was a "disgrace" that Australia's immigration policies allowed for the draconian detention of refugees.

"We as a nation should hang our heads in shame," Mr Thomas said at the council meeting.

"Many of them have done more than a prison will put you in for murder, and whether or not they came here illegally. We cannot support the inefficient nature of how we process these cases."

"I strongly support [the motion] if anything can be done to make the Park Hotel, a hotel for travellers rather than a hotel for people to be locked up," Alderman Thomas said.

Despite not all council members supporting the motion, Lord Mayor Anna Reynolds said she was appalled by the treatment of refugees who were detained at Park Hotel.

"To basically say we can't [resettle the refugees in Hobart] because we can't accommodate 30 people is a bit like saying we can't accept any migrants or any internal migration into Hobart," she said.

"I do think there is a strong sentiment of support for these kinds of issues in the city of Hobart."

Speaking to SBS News last week, Ms Burnet said she considered resettling the Melbourne Hotel refugees in Hobart, as a "boon for Hobart's economy and the broader Tasmanian economy to have people who can be gainfully employed".

"It costs millions of dollars to hold refugees, to detain them in places such as hotels ... it would be a double-win for our economy not to be wasting such money for this sort of detention.”

According to Australia’s Refugee Council, keeping refugees in indefinite detention has proven to be “extraordinarily expensive”.

On average people are detained 48 days in the US, 24 days in Canada, less than six months in the UK, while in Australia, as of September 2021, refugees are detained for an average of almost two years (689 days).