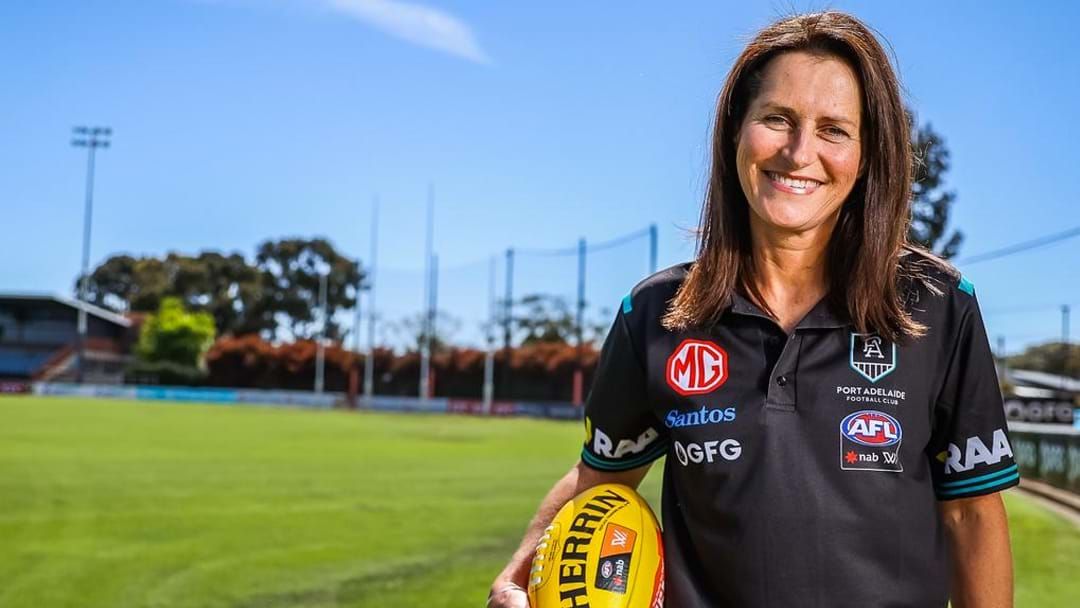 Port Adelaide women's side are beginning to put the pieces together in preparation for their inaugural season in 2022/23, signing Juliet Haslam as head of football operations.

Winning two gold medals during her Olympic tenure, Haslam is in the Australian women's Team of the Century.

The AFL announced earlier this year the expansion to an 18-team competition within two season, providing grants to Sydney, Essendon, Hawthorn and Port.

Port Adelaide CEO Matthew Richardson said the appointment of Haslam as "one of South Australia's most decorated athletes" is significant for the establishing club.

"We are thrilled to announce Juliet Haslam as our first Head of AFLW. Great women have always been at the forefront of our club and Juliet continues this legacy," Richardson said.

"She brings a wealth of knowledge and personal experiences in elite women's sport, both as a player and administrator.

"Upon retiring as a player, Juliet has built an impressive corporate, marketing and consultancy career working for a range of organisations including Coca-Cola and Sarah Homes.

In her media debut, Haslam was asked about the possibility of luring superstar Erin Phillips as the club's marquee signing.

The 52-year-old Haslam is the Power's first appointment to the AFLW operations.