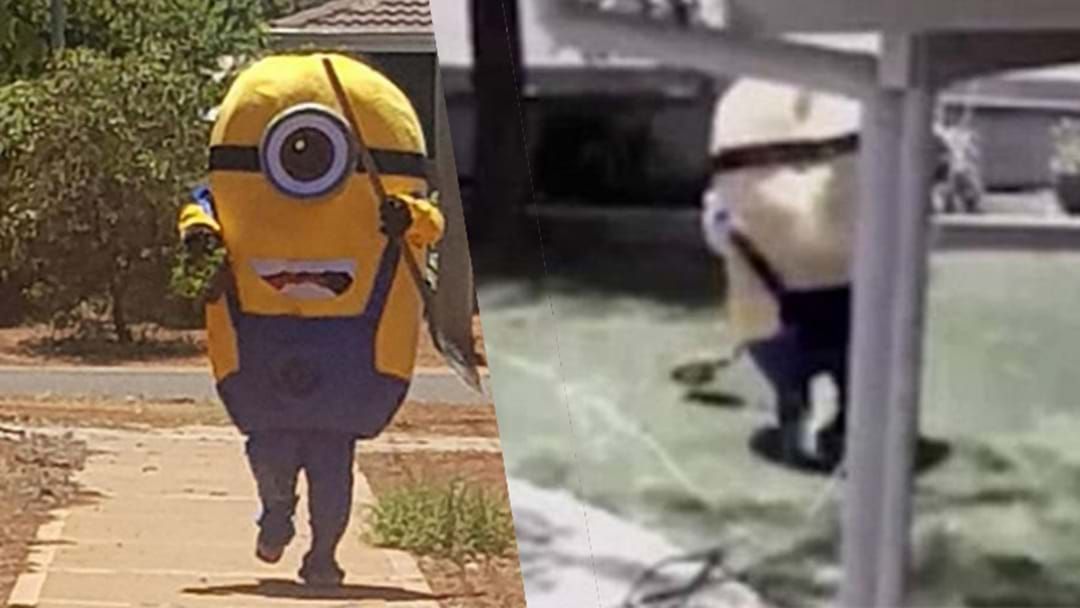 A confused West Australian homeowner has admitted to sitting back and laughing at CCTV footage of a 'minion' stealing a chunk his front lawn.

Kalgoorlie resident Bradley Nicklin said he regretted boasting about his 'immaculate lawn' when he discovered someone had taken to it with a shovel while he was recovering from a hangover on Sunday morning.

"I noticed it was done with a shovel, not an animal, so I went through the [CCTV]," he told the West Australian.

But the crime wave didn't stop there, with Nicklin then a victim of some serious taunting from the minion culprit on social media.

A Facebook page titled 'Carl Minion' was set up, with images posted to the page of a giant minion running down Kalgoorlie streets with a shovel and square of lawn in each hand.

The following day a video was also uploaded of the minion watering the small square of lawn in the middle of a dirt patch.

The victim however, has a slight inkling that he may be a victim of an elaborate prank by his mates.

"I've got a funny feeling it's one of my mates because I sent a Snapchat earlier that weekend saying how good my grass was," Mr Nicklin added.

What's that old saying? With friends like that, who needs enemies?