Homes Destroyed As Bushfire Continues To Rage Across Eastern Victoria

25 fires burning out of control 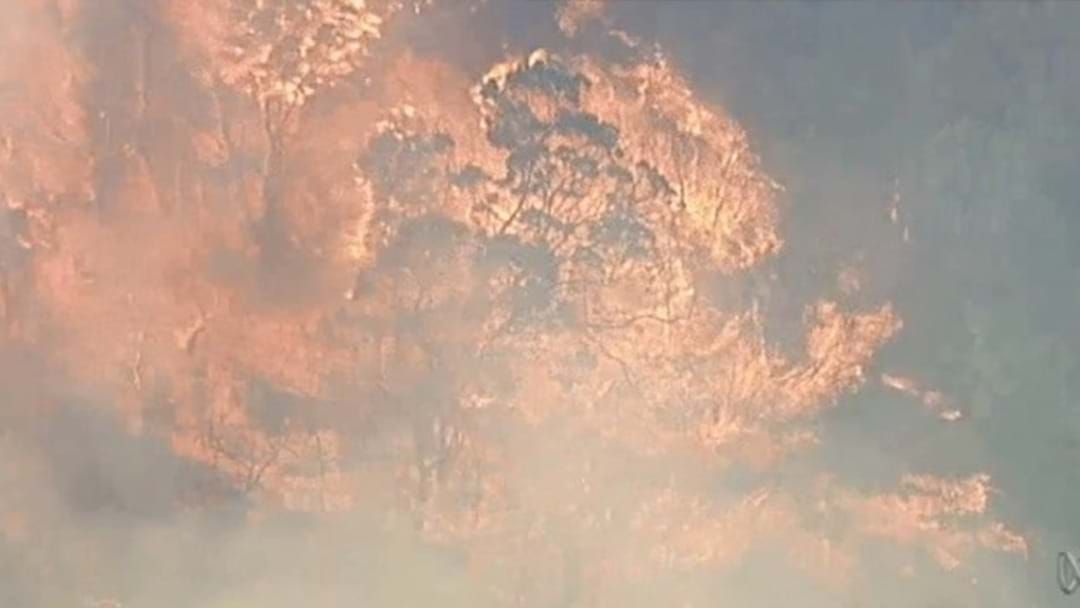 Properties have been lost to a large fire sparked by lightning in a state forest in Victoria's east.

Aircraft will be sent up on Sunday morning to work out what types of properties were destroyed by the fires at Bunyip State Park about 65km east of Melbourne.

An evacuation alert remains in place for Labertouche North, with the blaze expected to reach the area by noon.

About 400 firefighters are battling the fire, which started on Friday afternoon as several different fires which then joined.

About 4663 hectares has been burnt and the fire is continuing to spread eastwards.

There are 25 fires still burning out of control across Victoria as of 8am on Sunday.

An emergency warning remains in place for a fire at Budgeree in the Latrobe Valley which has burnt about 687 hectares.

Hot temperatures are expected again across the state on Sunday, with the ban in place until midnight.

The fire danger rating is severe for the central district and very high for the rest of the state.

"This means that if we have fires in the landscape, they could challenge firefighters," the Bureau of Meteorology senior forecaster Tom Delamotte said.