US Indi darlings, The Dandy Warhols 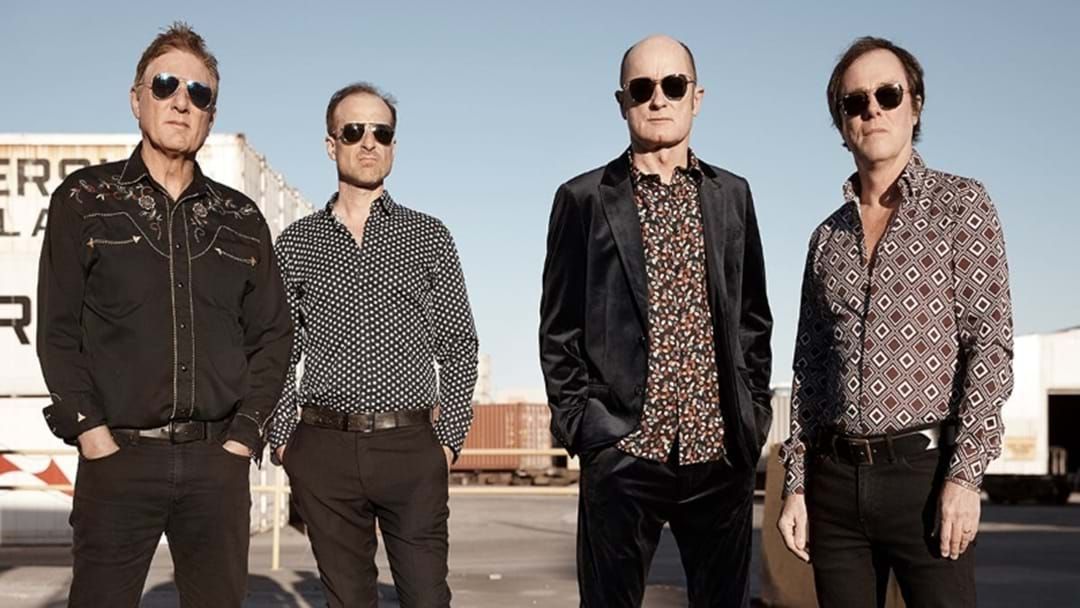 Originally plugged for December, growing uncertainty amid Covid outbreaks across three Aussie states and territories threw dates out for the joint Australian tour.

“Let’s face it, folks – 2021 is a write-off,” said Hoodoo Gurus' Dave Faulkner, “We had high hopes earlier in the year that the pandemic would be behind us by now but… well, you know as well as I do. Delta skelter! dashed hopes, spilt milk, whatever, we won’t let it break us"

“Stay strong, stay safe and stay put – we’ll get everything back on track in 2022. As the song says, all the good times we had we’ll have again. Believe it.”

Second time around, tour dates have been set for April 2022 with the 'silver lining' of a new gig added.

The first of seven shows will kick off in Perth, before rocking across to Adelaide, then Melbourne, Sydney and Brisbane starting from April 2.

And in a positive pandemic twist, the Gurus have also announced the tour will hit the Apple Isle, with an added show set to go off in Hobart on April 9.

Check out the legends performing their 1987 hit 'Whats my scene' here.

Australia's grooviest guitar band are not shy of their marquee rock legacy, with the title of the tour acknowledging their time on the music scene.

Their music versatility, along with their no [email protected]#!' attitude has made them a favourite of the live music scene since they hit Sydney pubs back in 1981.

25 years since they mashed up their first tunes, the US indie darlings, are super pumped to come down under and tour with their favourite Aussie band.

“Hopefully we have time to drink a few fine wines together when we get over there. I can’t believe this will be the first time we’ve ever played with them ... they’re such an awesome band,” said leader singer/guitarist Courtney Taylor-Taylor.

Meanwhile, if you purchased tickets for the original performances, they are valid for the rescheduled dates and for those people who cannot make the new dates a full refund will be issued.