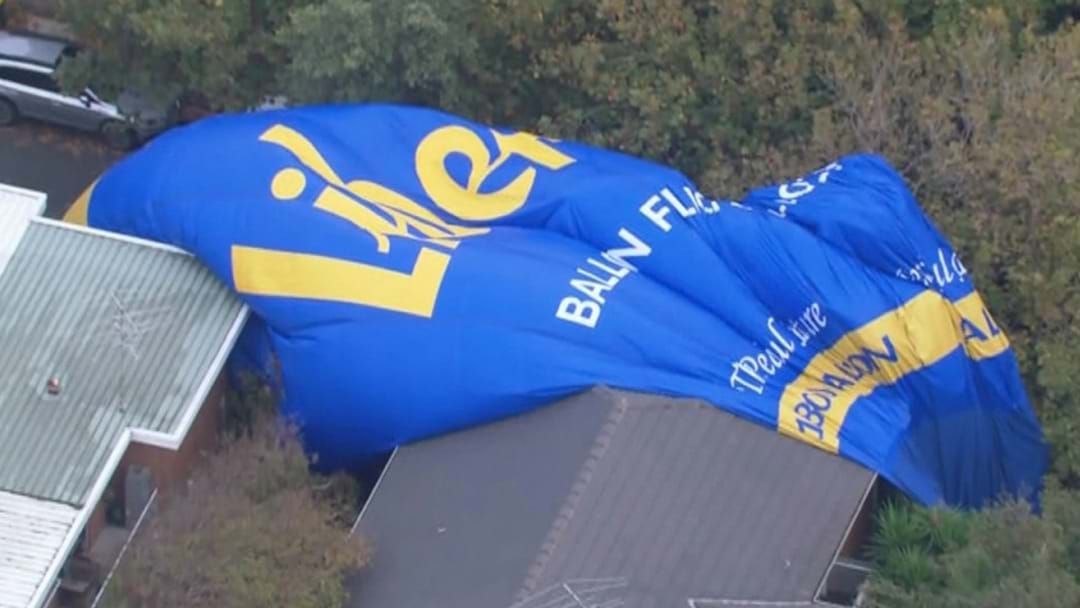 A hot air balloon has landed short of its destination, falling over an apartment building in Melbourne's south on Wednesday.

Police say the balloon crashed around 7:20am, with 13 people on board.

Pilot Nick Braw explained on 3AW radio how a malfunction occurred on its path to Moorabbin.

"I can’t explain what the malfunction is, so I don’t know want what caused it," Braw said.

"But the valve that releases hot air from the top, which we use to manoeuvre the balloon, didn’t seal properly.

"It was a bit difficult to keep the balloon up in the air. I was flying low to try to bring it down."

Braw said he was aiming to land at the beach, yet missed by 200m.

Karen Marriage from Fairfield was onboard, a 18th birthday present for her daughter.

"Apparently it was a brand-new balloon and was faulty and didn't perform as it was meant to," Marriage said on ABC radio.

She said despite the scary scene, the Pilot made it his mission to avoid a dangerous landing.